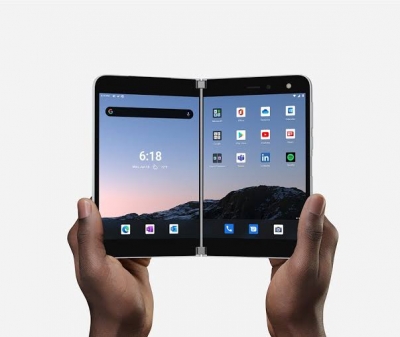 San Francisco– Microsoft has announced its fall hardware event on September 22 where one can see a successor to the Surface Duo and a new Surface laptop.

According to the details revealed by the Geekbench listing, the Surface Duo 2 will be powered by Snapdragon 888 SoC and it will pack 8GB of RAM.

On the software side of things, the device will run Android 11 out of the box, reports GizmoChina.

Alongside the Surface Duo 2, Microsoft is rumoured to be launching a successor to the Surface Book 3.

Microsoft has created a website for the event, with the webcast set to begin at 8 a.m. PT on September 22.

Earlier this week, Microsoft also announced that Windows 11 will start rolling out to users on October 5. All eligible Windows 10 PCs will get an upgrade to Windows 11. (IANS)