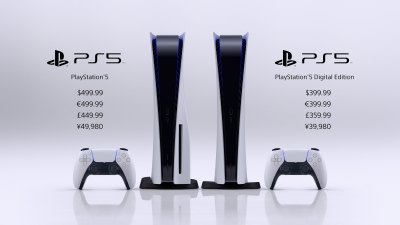 Tokyo– Games made for the PlayStation 5 console might soon become more expensiveAdue to the rising cost of production of new video games, media reports say.

According to Shawn Layden, a former official of Sony PlayStation, the cost of making video games of for new platforms doubles with every console generation, reports GizmoChina.

Layden stated that the cost of developing a game for the latest PS5 would be around $200 million, the report said.

While this a sizeable sum already, Layden believes that this figure is expected to rise further, it added.

Furthermore, he stated that major game development studios and even some indie studios would have to deal with this by implementing a new strategy, which he called “de-risk”.

In other words, most companies would be more incentivised towards making sequels to already established titles rather than creating new IPs from scratch, as per the report.

The PS5 Digital Edition is effectively identical to the PS5, with all of the same processing power as the disc-drive-equipped version.

In its latest earnings report, the company revealed that PlayStation Plus has 47.7 million subscribers globally, a 14.7 per cent increase (year on year). (IANS)