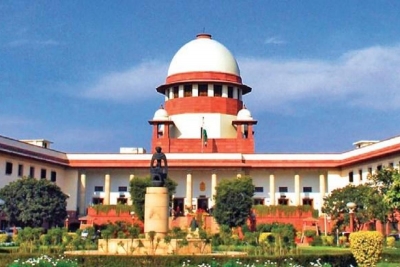 New Delhi– In a setback to Adani Gas, the Supreme Court on Tuesday dismissed its plea, challengings the bidding process for the supply of PNG and CNG in three areas of Ahmedabad district.

Adani Gas, in the bidding process which was carried out by the PNGRB in 2016, lost to state-run Gujarat Gas Ltd to supply PNG and CNG in Sanand, Bavla, and Dholka areas of the district.

The bench said that the PNGRB is entrusted with the power to frame appropriate regulations and also bring about fairness in the marketplace.

It held that Adani’s claim is precluded by the principle of approbate-reprobate, as the company accepted authorisation granted by the PNGRB (including exclusion of disputed areas), furnished the performance bond, and even participated in the auction for the excluded areas. “Only thereafter challenged authorisation when its bid was unsuccessful. It is held, that exclusion of the disputed areas was justified in the overall facts and circumstances,” the bench noted.

Gujarat Gas submitted that Adani was always aware of its rights, and availed the opportunity to participate in the bidding for the disputed (excluded) areas, and therefore, cannot be allowed to question the decision of the PNGRB to grant a license to it, for some areas.

Gujarat Gas had complained against Adani to the regulator, accusing it of unauthorised expansion of its gas distribution network in the three areas of the district.

The top court noted that role of the state government in granting NOC is only supportive or collaborative, in terms of the Centre’s 2006 policy, and cannot confer any advantage to any entity, which has to seek and be granted specific authorisation in terms of the PNGRB Act on the merits of its application.

The top court dismissed Adani’s appeal and also imposed a cost of Rs 10 lakh which would be payable to the Centre. (IANS)

Consumer goods market in India to reach $104 billion by 2020