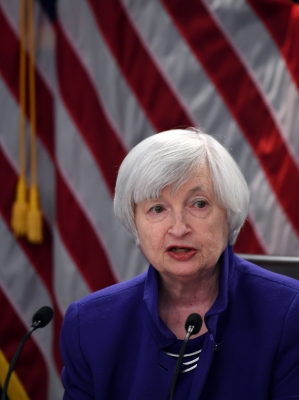 New Delhi– US Treasury Secretary Janet Yellen has warned congressional leaders that the US is on track to default on the national debt in October if the White House and Congress are unable to raise the debt limit.

In a letter, Yellen said that the Treasury Department would likely run out of cash and exhaust “extraordinary” measures to keep the federal government within its legal borrowing limit at some point next month, The Hill reported.

“Once all available measures and cash on hand are fully exhausted, the United States of America would be unable to meet its obligations for the first time in our history,” Yellen said.

The Treasury Department has taken so-called extraordinary measures to prevent the US from defaulting on the national debt since the federal debt limit was reimposed on August 1. If the Treasury Department runs out of ways to stave off a default without borrowing more money, the inability of the US to pay its debts could send debilitating shockwaves through the financial system. (IANS)

Builders only understand ‘colour of money’ or a jail term: SC