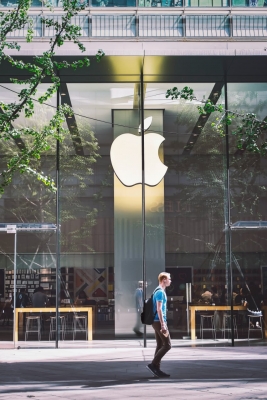 San Francisco– Apple has announced that it is releasing macOS Monterey to compatible Macs running Apple silicon or Intel processors.

macOS Monterey is the next version of Apple’s desktop and laptop operating system that replaces the previous macOS Big Sur and it was introduced alongside the latest Apple ecosystem updates back in June at WWDC 2021.

The new operating system update brings in a redesigned Safari along with FaceTime updates. The update also bundles handy features like Universal Control, Focus and Shortcuts.

The FaceTime App gets the spatial audio and other improvements such as the Wide Spectrum and Voice Isolation.

The new Universal Control feature allows people to use Apple products like the iPad, iPhone, Apple Pencil and more in sync. The update also brings AirPlay to Mac.

In addition, SharePlay will allow users to share experiences of music, TV shows, movies and more while connected through FaceTime. The new Safari web browser now offers a cleaner interface which is the Tab Groups feature.

macOS Monterey also gets some features from iOS 15, such as Live Text and Visual Look Up.

To update, one just needs to head over to System Preferences then click on the Software Update button. Now, click on Check for updates. macOS Monterey update will show up with its details and then finally click on the update button, Mac will automatically download the update and install it. (IANS)

Cisco to buy BroadSoft for $1.9 billion

Facebook CEO says Joe Biden is next US President