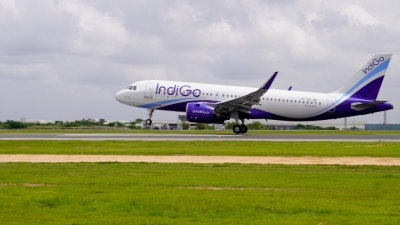 At present, the Covid battered sector is beaming with life as high passenger loads are witnessed on the back of vaccinated travellers and easing restrictions.

Presently, only about seven per cent of the country’s population use air transportation services. The high potential of the sector has attracted new and old players alike.

“The competitive landscape is going to get much more intense. There are three potential new entrants. The most formidable force of course will be Air India, Vistara and AirAsia (India) alliance. They’ll emerge as a strong player. No question about that,” said Ronojoy Dutta, Wholetime Director and CEO of IndiGo, India’s largest airline in terms of market share.

“Then there is Akasa. This is also something we have to be very careful about. Finally, there’s Jet 2.0,” he added.

Post the SPA transaction, Tatas will have two full-service carriers — Vistara and Air India — along with two low-cost airlines — Air India Express and AirAsia India — and a ground and cargo handling company, AISATS.

Besides, airline venture Akasa Air, which is partly funded by stock market maverick Rakesh Jhunjhunwala, has received a no objection certificate (NOC) from the Ministry of Civil Aviation. Akasa plans to offer flights across India starting from the summer of 2022.

On its part, IndiGo has three distinct lines of defence to ward-off competition, said Dutta.

“Our first line of defense is that we have the lowest cost structure in the world. Besides, our engines are getting more fuel efficient. Then, there is our service standard and the third is our traction with the customers in terms of our network. Build a great network, build great connectivity and make sure you have high on-time frequencies between major destinations,” he said.

Dutta also said that apart from connecting the smaller towns, the airline is entering code-share agreements to shore-up its international network.

In aviation parlance, a code-share agreement allows airlines to sell seats on each others’ flights in order to provide passengers with a wider choice of destinations.

“Internationally, code-shares are important. We have code-share agreements with Qatar Airways and Turkish Airlines. We are looking to add more,” he said.

Last month, IndiGo had entered into a code-share agreement with the US-based American Airlines.

According to Dutta, the sector has restarted to pick up growth and is expected to double in size in the foreseeable future.

“The government needs to open up more airports. We need to fly to more cities. Even now, every flight from a smaller city is getting connected to a metro. Now these smaller cities need to be connected to each other,” Dutta said.

“Only seven per cent of Indians fly, which is way to small a number. We are seeing a lot of demand from the smaller cities. So, we are moving towards mass transportation. We should also move towards mass transfers at a faster rate,” he said. (IANS)

Microsoft most innovative place to work