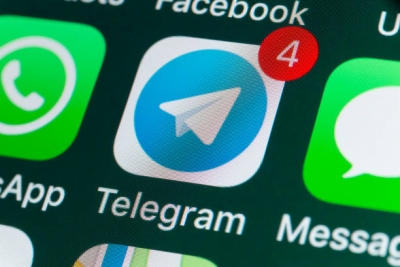 According to CEO Pavel Durov, Telegram experienced a record increase in user registration and activity amid the massive Facebook outage.

“The daily growth rate of Telegram exceeded the norm by an order of magnitude, and we welcomed over 70 million refugees from other platforms in one day,” Durov said in a statement.

“I am proud of how our team handled the unprecedented growth because Telegram continued to work flawlessly for the vast majority of our users,” Durov added.

Facebook, WhatsApp, Instagram and Messenger went down for millions of users, including in India, on Monday evening, as they were unable to send or receive messages on social media platforms.

According to DownDetector, a website that tracks WhatsApp outages, 40 per cent users were unable to download the app, 30 per cent had trouble in sending messages and 22 per cent had problems with the web version.

People took to Twitter to report the problems they were facing with Facebook family apps, including posting memes and GIFs.