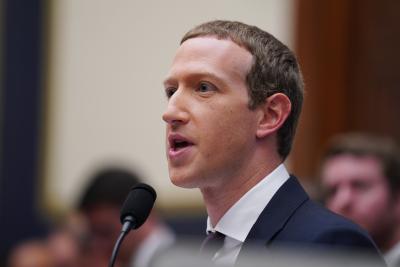 San Francisco– Facebook CEO Mark Zuckerberg has posted a staunch defence of his company in a note to Facebook staffers, saying that recent claims by an ex-employee about the social network’s negative effects on society “don’t make any sense”.

On Tuesday, a former Facebook product manager named Frances Haugen testified before Congress about a trove of internal documents she gave to The Wall Street Journal.

The focus of the hearing was on Facebook’s internal research that showed Instagram can have a negative effect on young people, but Haugen took the opportunity to also attack the company’s business model and News Feed algorithm, reports The Verge.

One of her main arguments was that Facebook’s business of selling ads based on engagement leads it to keep users on the service at all costs, even when it knows that the content they are engaging with is harmful.

“The argument that we deliberately push content that makes people angry for profit is deeply illogical,” Zuckerberg said in the memo, which he also posted on his public Facebook page.

“We make money from ads, and advertisers consistently tell us they don’t want their ads next to harmful or angry content. And I don’t know any tech company that sets out to build products that make people angry or depressed. The moral, business and product incentives all point in the opposite direction,” he added.

Zuckerberg has been noticeably silent on Haugen and the internal documents she gave to The Wall Street Journal until now. On Sunday, the same day she revealed her identity on 60 Minutes, he posted a video of him sailing, which lawmakers later pointed to as evidence that he was avoiding scrutiny.

The same committee Haugen spoke to called on Zuckerberg to testify, but he didn’t address the request anywhere in his 1,300-word rebuttal. And as with Facebook’s earlier statements, he didn’t address Haugen by name, the report said.

He touched on her claim to Congress that a 2018 News Feed change to prioritise what the company calls “Meaningful Social Interactions” actually encouraged the sharing of more hateful and divisive content.

Echoing his statements at the time of the change, he said it was done to encourage the sharing of more content between friends and family, and that Facebook knew it would lead to decreased engagement. (IANS)