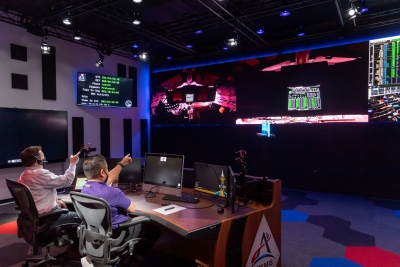 New Delhi– As the world prepares for NASA’s Artemis 1 mission, likely to take off as soon as in March this year to send an Orion spacecraft around the Moon, it will carry Amazon’s virtual assistant Alexa and Cisco Webex video collaboration system to deep space for the first time.

Flying on NASA’s Orion spacecraft during the uncrewed Artemis I mission will be ‘Callisto’, a technology demonstration developed through a reimbursable space act agreement with Lockheed Martin.

Lockheed Martin has partnered with Amazon and Cisco to bring the Alexa digital assistant and Webex video collaboration aboard Orion’s first flight test in deep space, NASA said in a statement late on Wednesday.

The industry-funded payload will be located on Orion’s centre console and includes a tablet that will test Webex by Cisco video conferencing software to transmit video and audio from the Mission Control Center on earth.

The custom-built hardware and software by Lockheed Martin and Amazon will test Alexa, Amazon’s voice-based virtual assistant, to respond to the transmitted audio.

To function on Earth, Alexa uses the “the cloud”, or software and services that run on the internet, located on computer servers in data centres all over the globe.

“Traveling in deep space, it would take too long for Alexa on Orion to use the cloud back on Earth, so Callisto will use NASA’s Deep Space Network and a local database aboard the spacecraft to communicate with Alexa and respond,” said NASA.

Participants will assist with the demonstration by asking Alexa a question or delivering a task command in front of a console with a camera and microphone.

Their images and voices will be broadcast from mission control to Orion, where video of the participants will be displayed on the tablet, and audio played from the speaker, and then Alexa will capture the audio and respond.

“As humans travel farther into space, this technology could enable astronauts to operate more independently from Earth. Similar technology could be used on the Gateway, a multi-purpose outpost orbiting the Moon, or for missions to Mars,” NASA noted.

Named after a mythological Greek goddess and one of Artemis’ hunting attendants, “Callisto” is meant to show how commercial technology could assist future astronauts on deep space missions. (IANS)