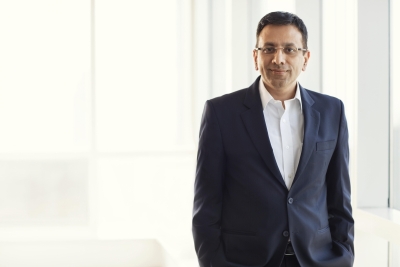 New Delhi– As India enters its golden phase of entrepreneurship and innovation, the pace and acceleration of digital adoption has also brought into focus the digital divide that still exists in the country, said Sanjay Gupta, Vice President and Country Head, Google India.

Speaking at the 16th ‘India Digital Summit’ organised by the Internet and Mobile Association of India (IAMAI), Gupta who is also the Chairman of IAMAI, said that while 500 million people are connected on smartphones, there are 500 million more waiting to join the digital bandwagon and we need to adopt a more inclusive approach to digital transformation.

“Those who are at the periphery of digital transformation are at the risk of being left behind. The startups and the digital ecosystem will really game-change the digital economy of this country – to go from $250 billion to a $1 trillion economy, contributing to more than half the growth that India is going to witness over the next five years,” he emphasised.

India emerged as the third largest startup ecosystem in the world in 2021, after the US and China, according to Hurun Research Institute.

According to Gupta, when India becomes a $1 trillion digital economy, startups will play a pivotal role in achieving that.

“Even more exciting development that I see around is the growth of early-stage startups in small towns and the non-metros of this country. Today, the innovation is going deeper, entrepreneurial spirit is being shown across this country, across young people joining and saying how they can solve big challenges for India,” he said.

If 2021 was the tipping point for Indian startups, this progress was possible on the investments made over the last decade in improving our digital focus and infrastructure.

“Even as we celebrate the big wins of 2021, it’s important to recognise that we are at a critical moment for India and its journey to become a truly digital nation,” Gupta stressed.

“It is incumbent on us that the digital economy is more inclusive and we need to help businesses and job seekers to learn the skills needed to succeed in the new digital economy of India,” he added. (IANS)