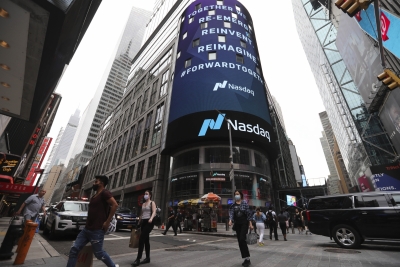 New Delhi– As things stand at the end of trading on Tuesday — the 16th session of 2022 — it is now officially the worst-ever start to a year in the history of S&P 500, according to data from Ned Davis Research, a stock market research shop, Axios reported.

It’s been a decidedly ugly start to the year for the US stock market, with particular pain in the tech trade.

The sell-off has been even worse for the tech-heavy Nasdaq composite index. Big tech is also a major driver of the S&P 500. Apple, Alphabet, Microsoft and Tesla generated over 25 per cent of the index’s total return last year.

Big tech earnings are on tap this week, and any surprises could add to the pressure on stocks — or provide relief. Microsoft released good numbers on Monday night, while Tesla and Apple are on deck Wednesday and Thursday, Axios reported.

Conditions that drove excess pricing in riskier assets are steadily being removed, and big swings in the market are inevitable as investors try to adjust to the new landscape. (IANS)