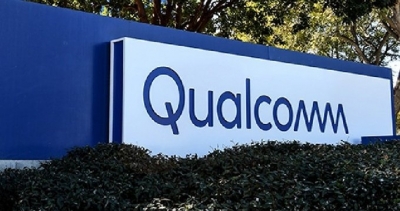 San Francisco– US-based chipmaker Qualcomm is reportedly planning to launch the ‘Plus’ edition of the Snapdragon 8 Gen 1 in May.

It is speculated that Qualcomm’s rumored chip with the SM8475 part number may debut as the Snapdragon 8 Gen 1 Plus chipset, reports GizmoChina.

As per report, the chip maker is also expected to unveil the new Snapdragon 700-series around the same time. The first smartphones powered by the SD8G1+ are expected to debut as early as June 2022.

Qualcomm has dominated the mid-range and premium flagship market with around 50 per cent market share across all price brackets above $300.

According to Counterpoint Research, Qualcomm’s share in smartphones priced above $500 increased from 41 per cent in 2020 to 55 per cent in 2021 owing to the launch of flagships Snapdragon 888 and 8Gen 1.

“Qualcomm struggled with a tight supply throughout the year for its mid-tier solutions. The shift in focus away from 4G SoCs also didn’t help. However, in the high value $300+ segment, Qualcomm continued to dominate with its Snapdragon 7 and 8 series,” the report noted.

MediaTek’s growth, which came from smartphones priced less than $299 (wholesale price), was driven by both LTE and 5G SoCs across this price band. (IANS)