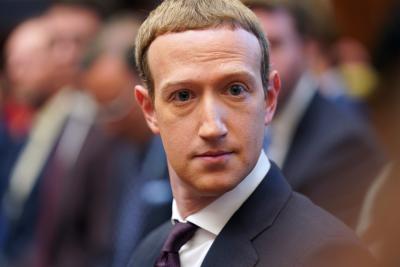 Washington– District of Columbia Attorney General Karl Racine has sued Meta CEO Mark Zuckerberg over the Cambridge Analytica scandal that exposed data of nearly 87 million Facebook users globally, including about 70 million in the US alone.

In the lawsuit, Racine alleged that the Meta CEO was “directly responsible” for the scandal, and this case is to ensure that “Zuckerberg is held accountable for his role in Facebook violating the District’s consumer protection laws by misrepresenting the protection of user data and their blatant disregard and misuse of sensitive, personal data belonging to District residents”.

The lawsuit said that Zuckerberg violated the Consumer Protection Procedures Act by misleading Facebook users about the privacy of their data and failing to disclose a violation of it.

“Zuckerberg is not just a figurehead at Facebook; he is personally involved in nearly every major decision the company makes, and his level of influence is no secret,” the complaint read.

“Within Facebook, Zuckerberg directly oversaw the product development and engineering work that was exposing consumer data to abuse.”

Racine initially sued Meta (formerly Facebook) in 2018, and that case is still ongoing.

Now, he has added Zuckerberg as a party to that lawsuit.

In March 2018, whistleblower Christopher Wylie publicly revealed that a company called Cambridge Analytica, a London-based electioneering firm, exfiltrated the personal data of more than 70 million Facebook users in the US, including more than 340,000 District residents, in order to influence the results of the 2016 US presidential election.

In other words, Cambridge Analytica used the Facebook platform, in a way that Facebook and Zuckerberg encouraged, and manipulated the outcome of a US presidential election.

“The personal data of the more than 70 million US Facebook users that Cambridge Analytica used to manipulate the election accounted for more than half the total votes during the 2016 presidential elections, in an election that was effectively decided by just a few hundred thousand people,” the lawsuit read. (IANS)