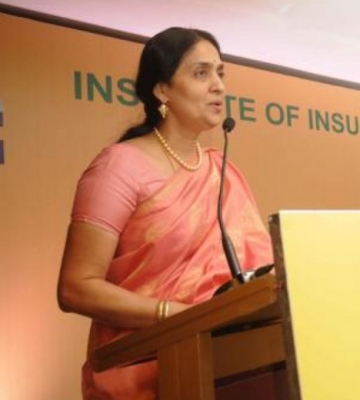 New Delhi– The Enforcement Directorate (ED) on Tuesday grilled the National Stock Exchange’s former CEO and MD Chitra Ramkrishna at length at Tihar Jail in connection with the co-location scam.

The financial probe agency is conducting a parallel probe in the matter, on the basis of the FIR filed by the Central Bureau of Investigation (CBI).

The ED team questioned Ramkrishna for some hours and recorded her statements in connection with the Prevention of Money Laundering case. In coming days, it might arrest her as well, if they need to confront her with documents.

In April, the CBI had filed its first charge sheet in the matter against Ramkrishna and NSE’s former Group Operating Officer Anand Subramanian.

Subramanian was arrested by the CBI on February 24 and Ramkrishna on March 6.

The CBI is probing the matter since May 2018 but they haven’t found any concrete evidence to identify mysterious Himalaya Yogi with whom classified information about the NSE was shared by Ramkrishna over email.

Recently, the SEBI had imposed a fine of Rs 3 crore on her, following the market regulator finding that allegedly shared vital inputs about the NSE with the yogi.

Subramanian was made the Chief Strategic Advisor of NSE. He served at this post between 2013 and 2015 before being made Group Operations Officer and Advisor to the MD between 2015 and 2016, despite having no exposure to the capital market.

Previously working as a mid-level manager in Balmer and Lawrie, he had seen his salary increased from Rs 15 lakh to Rs 1.68 crore annually, and then to Rs 4.21 crore.

Subramanian quit the NSE in October 2016 and Ramakrishna in December 2016. (IANS)

WhatsApp will stop working for some Android, iOS phones from Nov 1