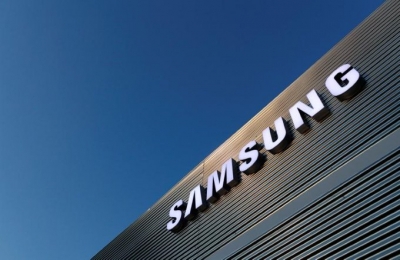 New Delhi– Riding on its successful Galaxy S22 series and a strong uptake of Galaxy A series, Samsung India said on Monday that it topped the Indian smartphone market in March, capturing 22 per cent market share (by volume) and 27 per cent share (by revenue).

Raju Pullan, Senior Vice President, MX Business, Samsung India, said that the growth in the month of March points to a stronger double-digit growth for Samsung in the ongoing April-June quarter (Q2).

“Our recent launches – the flagship Galaxy S22 series and Galaxy A series – have witnessed strong demand from consumers, making March a record month for us. Samsung is also looking to consolidate its market leadership in the premium segment in India to 40 per cent by H1 (first half) of this year,” Pullan told IANS.

The growth in the India market suggests that Samsung appears to have overcome component shortages that affected most of the rival smartphone brands.

Galaxy S22 series became the company’s best-selling flagship smartphone in India within a month of its launch.

According to him, timely portfolio expansion with 5G capability down to Galaxy M, F and A series and strong uptake of the Galaxy S22 and foldable flagship series helped Samsung grow back to the leadership position in the country.

“These five smartphones will strengthen Samsung’s portfolio in the mid and high, where the company is targeting to increase its market share to 40 per cent by H1, 202,” Pullan told IANS. (IANS)