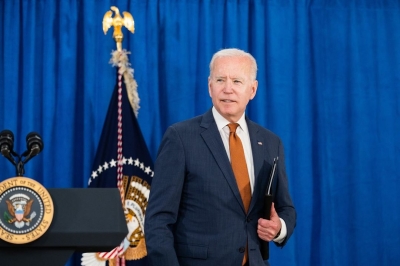 New York– Major crude oil producers are likely to take steps to ramp up oil production in the following weeks since US President Joe Biden’s visit to the middle east and talks with leaders, including Saudi Arabia’s crown prince there. And consequently, in the US, gas prices as a result could well fall to $4 per gallon.

He predicted the US gas prices could continue their recent slide from record highs and approach $4 per gallon. Actually, the sell-off in crude began some time ago when OPEC failed to strike a deal with its allies, led by Russia, about oil production cuts. That, in turn, caused Saudi Arabia to slash its oil prices as it reportedly looks to ramp up production, says Forbes.com in its portal.

Senior State Department energy security advisor Amos Hochstein is “confident” that there will be “a few more steps” in the coming weeks for increased oil production in the region, based on conversations during Biden’s weekend trip to Saudi Arabia, he said. Last week after visiting the kingdom, Biden said he believed Saudi Arabia would supply more oil, though he did not receive confirmation, Hochstein said Sunday “there is room for increased production” in some other Gulf countries.

Hochstein did not specify which nations could boost oil exports, but he mentioned the president and his advisors met with members of the Gulf Cooperation Council (GCC), which includes Bahrain, Kuwait, Oman, Qatar, Saudi Arabia and the UAE.

According to the National Security Advisor Jake Sullivan he expects more clarity about whether Saudi Arabia will increase production after the August 3 meeting of OPEC, which includes the Organisation of the Petroleum Exporting Countries and several other nations. Over the last year, members of OPEC+ have gradually increased oil export targets each month.

Increased oil supply would help bring down gas prices at the US pumps, which have finally begun to fall in recent weeks after skyrocketing to a record $5 a gallon on average early last month in the wake of Russia’s invasion of Ukraine. Premium lead touched record highs of $6 per gallon (3.3 liters make a gallon) in recent weeks in all retail outlets from Shell to Exxon to Luke Oil and BP.

During and before the Covid times gas prices were as low as $3 per gallon, which is not likely in the coming months.

On Sunday, the average price for a gallon of regular gasoline in the US was about $4.53, according to AAA (American Automobile Association). Hochstein said he expects the price to drop further to around $4 a gallon. Oil prices also fell last week, but some analysts expect the price of both to rebound later this year.

According to the Washington Post reports some time ago, gas prices could surge again ahead of another round of sanctions against Russia, including European bans on importing Russian oil by sea and ensuring Russian oil tankers, according to Carlie Porterfield, who writes for Breaking News for Forbes.com and was an editorial assistant in Forbes London bureau.

Biden’s first presidential trip to Saudi Arabia turned controversial, especially his meeting with Saudi Crown Prince Mohammad bin Salman, the de facto leader of the country, in the light of human rights violations accusations against him. Bin Salman had ordered the killing of Washington Post journalist Jamal Khashoggi, a frequent critic of the Saudi regime, according to US intelligence services. Biden and the crown prince had greeted each other last week with a fist bump over the weekend, which Washington Post publisher Fred Ryan called “shameful” and will help bin Salman receive “the unwarranted redemption he had been desperately seeking”.

In an analysis on July 6 this year, Sergei Khlebnikov, energy writer at Forbes.com, had predicted that an Oil Selloff would continue amid recession ‘Panic’, and analysts however predicted prices will rebound later in 2022.

In the second week of July, Oil prices tumbled in choppy trading -extending recent losses as growing recession fears wrought havoc on markets, but despite concerns about an economic downturn hurting demand, most experts remained optimistic that prices would rebound by later this year.

The price of US benchmark West Texas Intermediate(WTI) slid nearly 2 per cent to trade at around $98 per barrel, while international benchmark Brent crude shot to just over $100 per barrel. India largely buys Brent crude.

Experts largely attributed the selloff then in July to growing recession fears, but many analysts felt that nothing had changed fundamentally as regards the high demand and low supply globally. Many Wall Street firms expect prices to rebound by later this year, with the likes of Barclays, Goldman Sachs, UBS and RBC all predicting oil will trade at between $110 and $130 per barrel by the end of 2022.

While prices are expected to rebound by later this year, the outlook for next year is slightly gloomier, with several firms predicting oil will fall below $100 per barrel in 2023.

Goldman Sachs analysts had said that recent declines have been “overshot” since global supply remains tight. “While risks of a future recession are growing, key to our bullish view is that the current oil deficit remains unresolved, with demand destruction through high prices the only solver left as still declining inventories approach critically low levels.”

Despite recent declines, oil prices still jumped over 10 per cent this year — peaking at nearly $140 per barrel in early March after Russia’s invasion of Ukraine. Prices have been falling since early June, however, with markets hard-hit by rising recession fears in recent weeks. Less than a month ago, the S&P 500 Energy sector was up over 65 per cent for the year, but since then “energy stocks have come crashing back down to earth” amid the recent drop in oil prices, according to Bespoke Investment Group.

“The one sector that has been a bright spot for the market is probably not making too many investors happy these days.” (IANS) 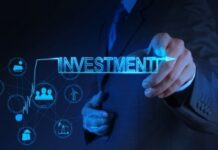