San Francisco– Google is paying $85 million to the state of Arizona in the US to settle the claims that the tech giant illegally tracked the location of Android users.

The settlement is one of the largest ever paid by Google (per capita) in a consumer fraud lawsuit, reports The Verge.

Arizona Attorney General Mark Brnovich had sued Google in May 2020, claiming that “dark patterns” were built into its software on Android smartphones and apps.

According to the lawsuit, Google kept location tracking running in the background to collect advertising data, even after users had turned off location sharing.

A company spokesperson said the case was based on outdated product policies that have long since been updated.

“We provide straightforward controls and auto delete options for location data, and are always working to minimise the data we collect. We are pleased to have this matter resolved,” said the company spokesperson.

Earlier this year, the attorneys general of three states and the District of Columbia had sued the tech giant, alleging that Google pushed Android users with “repeated nudging, misleading pressure tactics, and evasive and deceptive descriptions” to share more information either “inadvertently or out of frustration”.

The lawsuit built on the 2020 complaint filed by the Arizona Attorney General over location data collection.

Google had said that all smartphones use location data — it’s integral to how they work.

“For our part, location makes Google products work better for you — it’s what helps you navigate around a traffic jam, helps you find your phone when you’ve misplaced it, and lets you find a pizza shop in your neighbourhood instead of suggesting one in a different state,” said the company.

Google had said that it will continue to focus on providing simple, easy-to-understand privacy settings to its users, and “will not be distracted from this work by meritless lawsuits that mischaracterise our efforts”. (IANS) 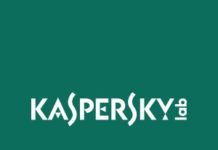