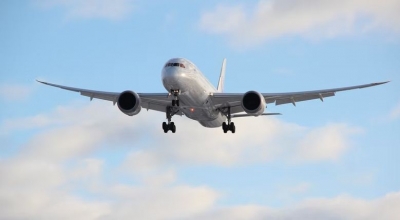 Patna– Ahead of the festive season, the airfare from Delhi, Mumbai and Kolkata to Patna has registered a more than three-fold rise over the off-peak season rates.

The price of the Delhi to Patna flight on October 22 was Rs 14,000 while the airfare from Mumbai to Patna reached Rs 20,000. The current fare from these two places to Patna is more than the rate from Delhi to Sharjah, which is Rs 11,000. Delhi to Bangkok current ticket costs Rs 10,500, and Delhi to Singapore is priced at Rs 13,000. The air ticket from Kolkata to Patna was hiked to Rs 10,500.

The airline companies during the peak season were taking advantage of the flexible fare. The experts believe that the spike may continue.

The air tickets of other cities like Hyderabad, Chennai, Bengaluru, Chandigarh, Jaipur, Ahmedabad, Surat and others have also increased.

One of the biggest reasons for the spikes in airfare is the unavailability of train tickets. The waiting lists in trains are very high and even Tatkal tickets are not available.

Meanwhile, Northern railway has decided to run 32 additional mail and express trains bound to Patna, Muzaffarpur, Darbhanga, Jay Nagar, Kishanganj, Katihar, Barauni (Begusarai) to provide some relief to the passengers. The officials are claiming to run a total of 211 trains till Chatth Puja. The trains will start from Jammu, Amritser, Ferozepur, Delhi, Bhiwani and Pathankot. (IANS)