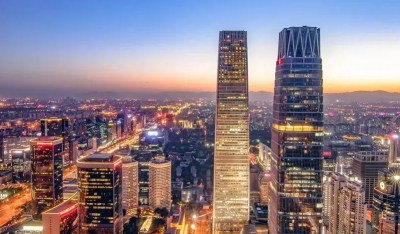 Hong Kong– Chinese authorities are making their biggest effort yet to end a crisis in the country’s vast real estate sector that has weighed heavily on the economy over the past year, media reports said.

Shares of China’s biggest property developer Country Garden soared as much as 52 per cent in Hong Kong after Beijing on Friday unveiled a 16-point plan that significantly eases a crackdown on lending to the sector, CNN reported.

Key measures include allowing banks to extend maturing loans to developers, supporting property sales by reducing the size of down payments and cutting mortgage rates, boosting other funding channels such as bond issues, and ensuring the delivery of pre-sold homes to buyers.

“In essence, policymakers told banks to try their best in supporting the property sector,” according to Larry Hu, chief China economist for Macquarie Group, CNN reported.

Tao Wang, chief China economist at UBS, described the package of measures as a “turning point” for China’s property sector. Along with other policies announced earlier this year, it could inject more than 1 trillion yuan ($142 billion) into real estate, she estimated.

Chinese developers listed in Hong Kong jumped 11 per cent on average on Monday, leading the broader market higher. Longfor Properties another top developer jumped 17 per cent while shares of Dexin China, a Hangzhou-based developer, skyrocketed by 151 per cent.

The rescue package is viewed by many analysts as the strongest signal yet from Chinese authorities that a two-year crackdown on the sector is now over. In August 2020, the government began trying to rein in excessive borrowing by developers to curb runaway house prices, CNN reported.

The problems escalated last year when Evergrande the nation’s second largest developer defaulted on its debt. As the property sector crashed, several major companies sought protection from their creditors. The cash crunch meant that work on many pre-sold housing projects across the country was delayed or suspended. (IANS)