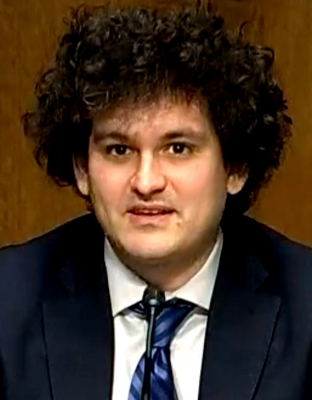 San Francisco– Sam Bankman-Fried (SBF), the former CEO of bankrupt crypto exchange FTX, has been arrested in the Bahamas, as he was expected to testify online before the US House Financial Services Committee on Tuesday.

The US Attorney for the Southern District of New York (SDNY), Damian Williams, confirmed the arrest on Twitter, saying that Bahamian authorities arrested SBF at the request of the US government, based on a sealed indictment filed by the SDNY.

“We expect to move to unseal the indictment in the morning and will have more to say at that time,” he posted on Tuesday.

John J. Ray III, who took over as the new CEO of FTX, has said that never in his career have he “seen such a complete failure of corporate controls and such a complete absence of trustworthy financial information as occurred here.”A

In a statement from the Attorney General of The Bahamas, Sen Ryan Pinder KC, “SBF’s arrest followed receipt of formal notification from the US that it has filed criminal charges against SBF and is likely to request his extradition”.

“As a result of the notification received and the material provided therewith, it was deemed appropriate for the Attorney General to seek BF’s arrest and hold him in custody pursuant to our nation’s Extradition Act,” said the statement.

In the wake of the collapse of crypto exchange FTX, the US Securities and Exchange Commission (SEC) has directed publicly-traded companies to tell investors about their involvement with struggling cryptocurrency firms.

FTX filed for bankruptcy last month after its possible merger with leading crypto exchange Binance did not materialise.

The US House Financial Services Committee is probing the controversial collapse of the crypto exchange that wiped out billions of investors’ money. (IANS)