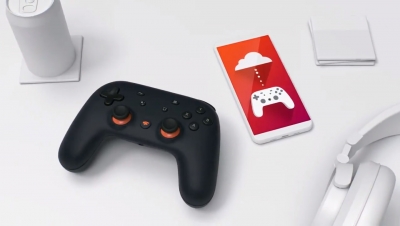 San Francisco– Tech giant Google has announced that it has started to roll out refunds for Stadia hardwares which were purchased from the Google Store.

According to an email sent to customers, the hardware refunds will be processed within two weeks, reports The Verge.

As per the tech giant’s Stadia shutdown FAQ page, purchases of the Stadia controller, the Founder’s Edition, the Premiere Edition, and Play and Watch with Google TV packages are all eligible for refunds.

Users will receive an email confirmation, once their hardware refund has been issued.

The tech giant had begun to issue Stadia refunds for games, add-ons and subscription fees earlier this month.

In September this year, Google had announced to shut down its cloud gaming service Stadia, admitting that it hasn’t gained the traction the company had expected.

Many of the employees on the Stadia team would be distributed to other parts of the company.

“We’ve made the difficult decision to begin winding down our Stadia streaming service,” Phil Harrison, Vice President and General Manager, Stadia, had said.

The service will remain live for players until January 18, 2023. (IANS)