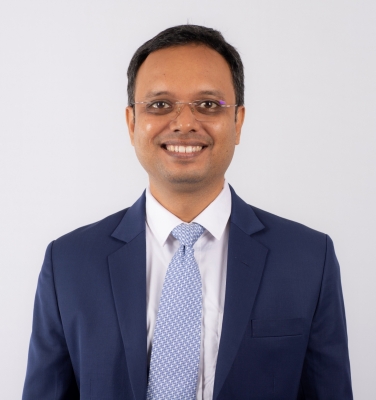 Singapore-headquartered Princeton Digital Group has opened its flagship data centre called ‘MU1’ in Navi Mumbai that will provide 48 MW of critical IT capacity.

“After Navi Mumbai, we will expand our data centres across the country in years to come to cater to more Indian enterprises especially in the fields of core banking, digital payments and content,” Shirsat stressed.

With a project investment of $300 million, MU1 is built across six acres within a larger IT campus at Airoli, Navi Mumbai.

According to Shirsat, who earlier worked for The Tata Group, Bharti Airtel and American Express, India is at the cusp of data centre revolution.

“The digital transformation in the country has spurred the growth of physical data centres as organisations want data close to where they operate. The significant rise of data generation and use across a variety of industries has led to a rise in demand for data servers and data centres in the country,” he explained.

With over a billion mobile phones and more than 700 million Internet subscribers, India has witnessed exponential growth in digital commerce, digital entertainment and the use of social media.

As per the draft Data Centre Policy 2020, for the long-term growth of the Data Centre sector in the country, it is critical to create a congenial, competitive and sustainable operating environment for the businesses.

Some of the key policy thrust areas in this direction include the availability of uninterrupted, clean and cost-effective electricity for Data Centres.

Other key areas are data centres to be declared as an Essential Service under The Essential Services Maintenance Act, 1968 (ESMA), recognise data centres as a separate category under National Building Code, setting up of Data Centre Economic Zones and promote indigenous technology development, research and capacity building.

Established in 2017, Princeton Digital Group is a market leader in Asia’s hyperscale data centre market with presence in five countries with a portfolio of 20 data centres and 600 MW capacity.

“With a formidable team of highly-experienced data centre professionals, PDG has ambitious plans to scale and expand across India and is also committed to the cause of grooming young engineering talent into leaders of tomorrow,” said Shirsat.

MU1 will be powered up to 40 per cent by renewable energy and will operate on minimal water consumption.

Buoyed by the growing demand, over 45 data centres spanning 13 million square feet and 1,015 MW of IT capacity are planned to come up in India by 2025, according to a ANAROCK-Binswanger report.

In terms of IT capacity (nearly 1,015 MW), over 69 per cent of this planned new supply will come up in Mumbai and Chennai, with 51 per cent in Mumbai alone, the report had mentioned. (IANS)