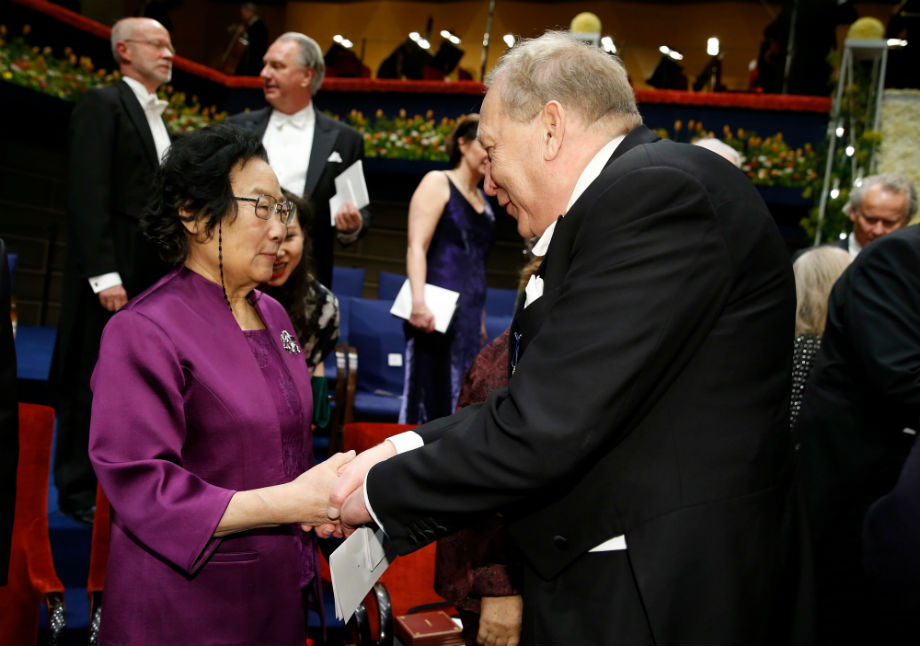 STOCKHOLM– From being a “failure in chemistry class” to a believer in “slow understanding”, the Nobel laureates of 2015 might not have been the brightest of kids in their school days but when it came to discoveries that led to “greatest benefits for the mankind”, they were honoured by the King of Sweden at a glittering ceremony here on Thursday.

The 2015 Nobel laureates in physics, chemistry, physiology or medicine, literature and economic sciences received their awards from the hands of King Carl XVI Gustaf of Sweden at the Stockholm Concert Hall, in the presence of over 1,000 guests, including royals, international star academics and foreign dignitaries. 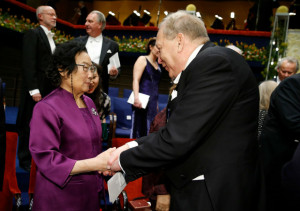 The event that was organising after Sweden raised its terror threat alert to what the local media here described as “historically high levels” passed off without any disruption even as placards asking for a Nobel prize in ecology or environment to combat climate change in 2016 welcomed the dignitaries outside the Concert Hall.

Addressing the guests at the Nobel Banquet at the Stockholm City Hall that followed the award ceremony, Swedish chemistry laureate Tomas Lindahl said he once failed in chemistry in school.

Even as the dignitaries present on the occasion broke into laughter, he said scoring low in school was not fun for him then as he wanted to secure a medical seat.

“Today, I realise how important our teachers can be,” he said.

“Without outstanding teachers, it would have been impossible for me to be standing in front of you tonight,” he added.

“Some of the scientific discoveries we celebrate today have already proved to be extraordinarily useful for mankind in the treatment of certain disease. These examples illustrate that research can solve many problems and contribute to a better world,” added professor Carl-Henrik Heldin, chairman of the Board of the Nobel Foundation.

Angust Deaton, who was awarded the prize in economic sciences in memory of Alfred Nobel, said he became economist by accident as he drifted from one topic to another, adding he was helped in his career by distinguished mentors.

Chinese scientist Tu Youyou received the Nobel Prize for physiology or medicine at the glittering ceremony.

Tu, William Campbell from the US and Satoshi Omura from Japan received the medicine prize for unlocking revolutionary treatments for malaria and roundworm, helping to roll back two parasitic diseases that blight millions of lives.

“The discovery of Artemisinin has led to development of a new drug that has saved the lives of millions of people, halving the mortality rate of malaria during the past 15 years,” said Professor Hans Forssberg, member of the Nobel Committee for Physiology or Medicine, when presenting Tu’s scientific contributions.

The concert hall awards ceremony was followed by a lavish evening banquet at the Stockholm City Hall.