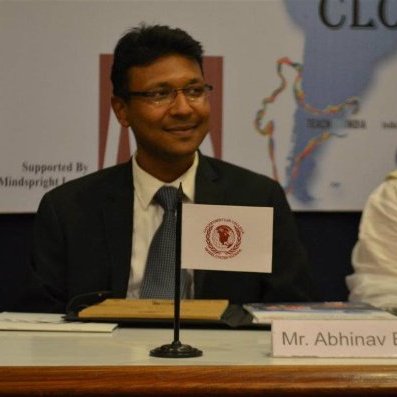 The first Indian to be appointed as deputy counsel of the ICC earlier, Bhushan “will be based in its Asia offices in Singapore and will take on part of the role of the outgoing regional director, Sylvia Tee”, the ICC announced in an official statement here.

“I look forward to strengthening ICC’s presence in South Asia and am committed to further raising awareness of ICC Arbitration and other dispute resolution services,” said Bhushan.

”A foremost objective will be to develop a programme of first-rate networking and training events that will bring ICC expertise to the doorsteps of legal practitioners and dispute resolution users in the region,” he added.

The appointment of Bhushan is in continuation of ICC’s efforts to expand its on-the-ground presence in Asia.

Bhushan brings to his new role first-hand experience working on arbitrations arising out of common law jurisdictions, in particular working with parties from India, Singapore and other regions of Asia, the statement read.

Bhushan’s appointment also follows the creation of an Indian Arbitration Group of the ICC, established as part of ICC India.

Besides, Davinder Singh, a top Indian-origin lawyer in Singapore has been named vice-chairman of the ICC, the media reported.

The 58-year-old chief executive officer of Drew & Napier — Singapore’s leading law firm — has been appointed as the vice-chairman of the ICC Commission on corporate responsibility and anti-corruption, The Straits Times reported on Thursday.

Singh, a Member of Singapore Parliament from 1988-2006, is appointed to the leadership of one of 13 policy commissions under the ICC, which forges international rules, mechanisms and standards used across the globe.

The Commission on Corporate Responsibility and Anti-corruption develops rules of conduct, best practices and advocacy for fighting corruption, among other things.

It brings together more than 300 members from 40 countries, representing multi-national companies, law firms, trade associations, and small and medium-sized enterprises.

ICC is a private sector global business organisation with a central role in world trade and commerce.

It provides a forum for businesses and other organisations to examine and better comprehend the nature and significance of the major shifts taking place in the world economy.

Equity indices in red ahead of Q4 GDP numbers

Modi to interact with IT, electronic manufacturing professionals