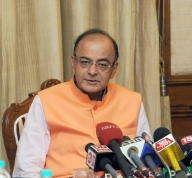 New Delhi– India will not lower its preparedness in dealing with external economic vulnerabilities, including those arising from the recent British vote to exit the European Union, the Financial Stability Development Council (FSDC) chaired by Finance Minister Arun Jaitley said on Tuesday.

The FSDC convened here for its 15th meeting since inception in December 2010 to discuss India’s macro-economic situation, as well as financial developments globally.

Among the subjects discussed at the FSDC meeting was the rising bad loans of state-run banks.

In this connection, gross non-performing assets (GNPAs), or bad loans, of commercial banks may rise to 8.5 per cent of total assets by March 2017, from 7.6 percent in March 2016, the RBI said last week based on “stress tests” it has conducted.

“Risks to India’s banking sector have increased since the publication of the last Financial Stability Report (FSR) in December 2015, mainly on account of a further deterioration in asset quality and low profitability,” RBI said in its latest FSR 2016.

“The gross non-performing advances rose sharply to 7.6 per cent of gross advances in March 2016 from 5.1 per cent in September 2015, largely reflecting re-classification of restructured advances to NPAs following an asset quality review (AQR).

“If the macro situation deteriorates in the future, the GNPA ratio may increase further to 9.3 per cent by March 2017,” the report said.

Banks are currently focusing on cleaning their balance sheets following the AQR that showed up around $35 billion of new bad loans since September, pushing gross bad loans to 7.6 per cent in March from 5.1 per cent in September 2015.

Overall stressed assets – consisting of bad loans as well as restructured assets – rose to 11.5 per cent in March from 11.3 percent six months earlier.

“The stress in the banking sector, which mirrors the stress in the corporate sector, has to be dealt with in order to revive credit growth,” RBI Governor Raghuram Rajan, who had ordered the banks’ AQR last year, wrote in the report. (IANS)