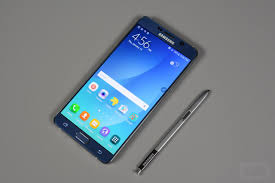 New Delhi– India’s civil aviation regulator on Friday prohibited the use of Samsung Galaxy Note7 smartphone on board aircraft.

According to the Directorate General of Civil Aviation (DGCA), the guidelines on the carriage and usage of the phone on board aircraft were issued after the recent safety related incidents involving the smartphone globally. 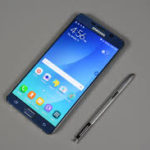 In a public notice, the regulator advised travellers and the airlines to ensure that the communication device is not turned on or its battery charged on board the aircraft.

The notice further detailed that the smartphone should not be stowed away in any checked-in baggage. However, the smartphone can be carried in a switched off mode in hand-baggage.

“The Ministry of Civil Aviation has issued a public notice prohibiting the use of Samsung’s Galaxy Note 7 smartphone on board an aircraft,” said an official statement.

“The Ministry has advised airlines and travelling public not to turn on or charge the said mobile during flights.”

Earlier, the US Federal Aviation Administration (FAA) issued a warning not to charge or switch on Galaxy Note7 on board aircraft.

The stern warning came at a time when Samsung is dealing with a global recall of nearly 2.5 million Galaxy Note7 shipped so far across the world.

Three Australian airlines have already barred passengers from using or charging the smartphone during flights.

More than 35 cases of exploding batteries have been reported since the phone, which retails for $1,035, was launched on August 19.

The smartphone was launched last month in India for Rs 59,900 with iris biometric scanner for enhanced security, upgraded S Pen and a dual-curved screen.

Samsung on its part said that Galaxy Note7 sales have not started in India, and that the company has delayed sales to alleviate any safety concerns.

“We are aware of the Directorate General of Civil Aviation (DGCA) notice. Consumer safety and peace of mind are our top priority,” a Samsung India Spokesperson said.

“Galaxy Note7 sales have not started in India, and we have delayed sales to alleviate any safety concerns. We plan to expedite new shipments of Galaxy Note7 soon to reduce any inconvenience for our customers.” (IANS)

SpiceJet to launch 38 flights from Sep 15