WALTHAM, MA–All eyes are on the US as the nation gets ready to elect the 45th President. With the 44th, there was much jubilation as the Harvard educated, dynamic man from Chicago took on the lead – Barak Obama changed history in his own ways. Surprisingly enough in one of the most developed nations, Obama is and will always be referred as the first “black” President and this despite his path-breaking policies with respect to Afghanistan and Iraq and the significant contribution to consolidating the nations’ economy from shambles. 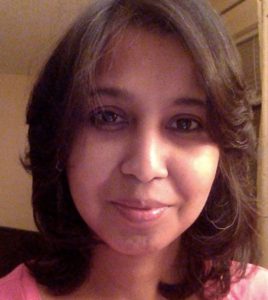 The attributes of color remain a defining factor. But again given the history and the recent events of violence in the streets, maybe the ascribed status acquires prominence is ways more complicated than meets the eye.

Hillary Clinton as the front-running candidate has spurred a lot of interest as this is the first time in the history of the country that a woman is being considered a potential leader of the free world. In a prior piece written in these columns I have drawn attention to the need to focus on Clinton’s capacities as a leader. Donald Trump as the opponent has presented himself as the sole individual who has the capacity through his wealth to take the country towards greatness.

The pre-election narrative has had everyone riled up around the world and polarized the country. Some people abroad especially Indians chuckle away, “we have our Lalu and you have yours” implying that drama played out in the political scene is universal no matter how developed the country is. And of course when we say “developed” we mean a country with high indices in people and their capacities and not just economic growth. The Human Development Index (HDI) is a summary measure of average achievement in key dimensions of human development: a long and healthy life, being knowledgeable and have a decent standard of living. US has an HDI at 8, Canada at 9, UK at 14 and then China is at 90 and India is at 130!

Despite a low HDI in India, 12.2 per cent of Parliamentary seats are held by women. We have had women Prime Minister and President.

We have our share of misogynistic, patriarchal leaders who unfortunately continue to have a say in the destiny of the country. And that is also reflected in other indicators such as 27 per cent of adult women in India complete high school education compared to 56.6 per cent of their male counterparts. For every 1,00,000 live births, 190 women die from pregnancy related causes; and the adolescent birth rate is 32.8 births per 1,000 women of ages 15-19. The current President’s son talked of anti-rape protestors “dented and painted” women; Lalu Yadav, the leader of the Samajwadi party said that rural women cannot get ahead in life because they are not as attractive as the urban, affluent women; Sharad Yadav, Janata Dal leader in opposing the Women’s Bill said that it would only benefit women with their wings clipped.

How different is this from mocking women who have been sexually assaulted for not being attractive enough? Bragging about how celebrity status can allow for groping, grabbing women and forcing on them and other inappropriate sexual advances seem to be the language of the day. It implied that it is acceptable to force a woman to have sexual intercourse without her consent. Confined to “locker rooms” or not, this discourse sets the path for violence against women and men as the new normal. The First Lady, Michelle Obama passionately expressed how hateful it is towards women and their bodies and how and much is left to be desired on standards of behavior from a potential leader of the country.

It is of much shock and fodder for ridicule that a developed nation with high indices that spearheaded the waves of feminist movement has regressed many decades. For those of us witnessing first hand, it has been stomach-churning to watch the debates, where the parochial and personal have superseded capacities, policy and planning. Key issues related to global priorities have been restricted to building walls and excluding immigrants, “hand of Russia” in hacked emails – have all raised much concern and anxiety. On the domestic front, critical issues such as education, health care reform, minimum wage, gun control are secondary discussion points when they should be front and center.

Not many days left before we have a new President and somehow I look to my roots, for some sense and find Tagore’s poem (from Gitanjali) leading the way, ”

Where the mind is without fear and the head is held high,

Where knowledge is free

Where the world has not been broken up into fragments

Where words come out from the depth of truth

….Where the clear stream of reason has not lost its way

Into the dreary desert sand of dead habit

Where the mind is led forward …

Into ever-widening thought and action

Into that heaven of freedom, my Father, let my country awake.

We value some words like those of Tagore’s because they are imbued with meaning with its quiet conviction and appeal to the collective conscience. And there are words that create fissures that can rarely be repaired.

For now, each of us have a responsibility to our families, communities, and nation and it is imperative that we think deep, squash uncertainties, draw inspiration from and recognize our own agency before we elect who represents us as our political leader and shares our vision and language. And that is not the language of silence but of universal hope and ever widening action without the barriers of gender, race or color.

Demonetization in India: where do we stand?