WOBURN, MA- – Gridco Systems, a grid infrastructure solutions provider for electric power distribution system operators, has received a new $12 million round of funding from multiple investors. Gridco has now raised more than $54 million since its founding in 2010, the company said in a statement earlier this month.

“This new funding will enable Gridco to expand the markets for our proven technology solutions in North America and Europe, while providing the capital to support continued commercial growth,” said Naimish Patel, Gridco Systems CEO.

Patel is the founder of Gridco Systems. Previously, he was an Entrepreneur-in-Residence  at General Catalyst Partners where he focused on investment opportunities in clean technology, advanced materials, and life sciences.  Prior to joining General Catalyst, Patel was one of the four founding team members of Sycamore Networks.

“Gridco and MR share the vision of enabling utilities to build and operate agile, flexible, efficient grids,” said Michael Rohde, Managing Director of MR. “We are looking forward to jointly exploring synergy potentials for the benefit of our customers in the U.S. and internationally.”

Over the past year, Gridco has launched several new power regulation products, leveraging its expertise in power electronics and distributed controls to address challenges facing distribution system operators worldwide. The new products include the Gridco Systems SVC-20 Static VAR Compensator™; the IPR-150, a 150 kVA three-phase Inline Power Regulator™; and the PRT-50, a 50 kVA integrated Power Regulating Transformer™. The company has also expanded field deployments of its flagship IPR-50 system, with a customer base of more than a dozen utilities.

Gridco won GTM Research’s Grid Edge 20 Award for the third year in a row, and was the supplier of IPRs to Hawaiian Electric Company (HECO), which won Powergrid International’s 2016 Project of the Year Award for Renewable Energy Integration. This month, Dr. Dora Nakafuji, HECO’s Director of Renewable Energy Planning and the architect of the utility’s renewable integration program, received the prestigious 2016 Solar Champion Award from the Smart Electric Power Alliance. 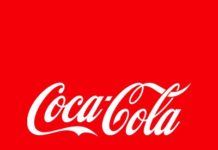 Coffee Day shares surge on report of acquisition by Coca-Cola