“We are thrilled that SoftBank understands our proven business and supports our long-term growth,” said Joshua Hoffman, Co-founder and CEO, Zymergen, in a statement.

Zymergen has developed a proprietary platform, which uses robots and machine learning to engineer microbes faster and more predictably.

These microbes and the products they produce, have broad applications across industries, such as chemicals and materials, agriculture and healthcare, the company said.

“Zymergen has a revolutionary approach to engineering biology that is already solving business problems for Fortune 500 customers, and a proven ability to impact the economics of these mature, at-scale businesses,” added Nishar. 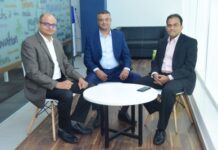