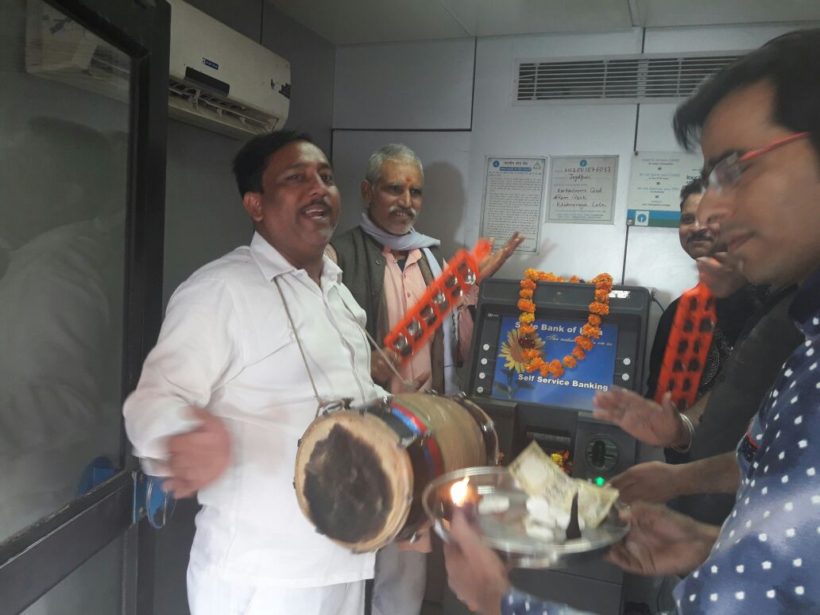 New Delhi– Frustrated over “No Cash” messages displayed outside banks and ATMs, residents of an east Delhi locality on Sunday organised a ‘pooja’ of an ATM, praying that it dispenses some cash.

The unique worhip was organised in east Delhi’s Jagatpuri area, where over 50 local people went to the State Bank of India ATM and worshipped the cash dispensing machine. 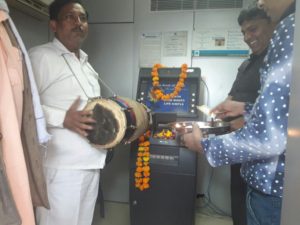 Bhola, a resident of the area, told IANS: “The ATM of the SBI has not been dispensing cash since demonetisation, so we performed its pooja, so that it dispenses some cash.”

“We did this to highlight the problems the people of Jagatpuri area are facing since the government demonetised currency notes,” the man in his 30s said.

Another man, Punit Tiwari told IANS, “Earlier, we used to see couples and elders going for morning and night walk, but nowadays we can find couples running their vehicles on the streets looking for the ATMs with cash.”

On November 8, the government demonetised Rs 500 and Rs 1,000 currency notes to curb black money and corruption.

People have been queuing up at branches of banks, ATM kiosks and post offices to withdraw cash, which has been in short supply for over three weeks now.