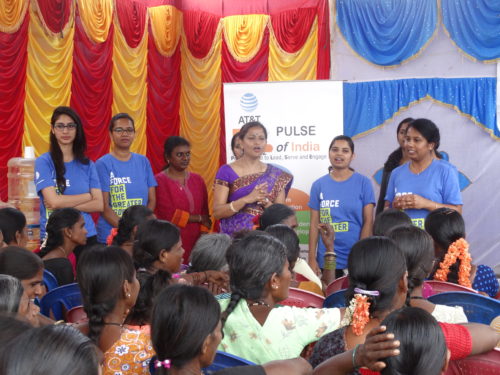 For Swathi, being empowered as a woman in India is something she’s learned through education and work. She’s also learned that many women in her country don’t have those same opportunities.

So she decided to do something about it.

Swathi works for AT&T in Bangalore, India. She recently joined People United to Lead, Serve and Engage of India, or PULSE, on the group’s day of service to empower women in poverty. PULSE is an AT&T employee network group.

She and nearly 3 dozen other men and women from AT&T crammed into a few cars on a hot Saturday in March and drove for 2 hours outside of Bangalore. Their destination was a small farm for women and children in need.

“When we were going there, we didn’t even feel the heat,” said Swathi, who’s a part of the AT&T’s International Leadership Development Program (LDP). “We were ready to share their problems and understand them – try to bring a smile to their faces. I think we succeeded.” 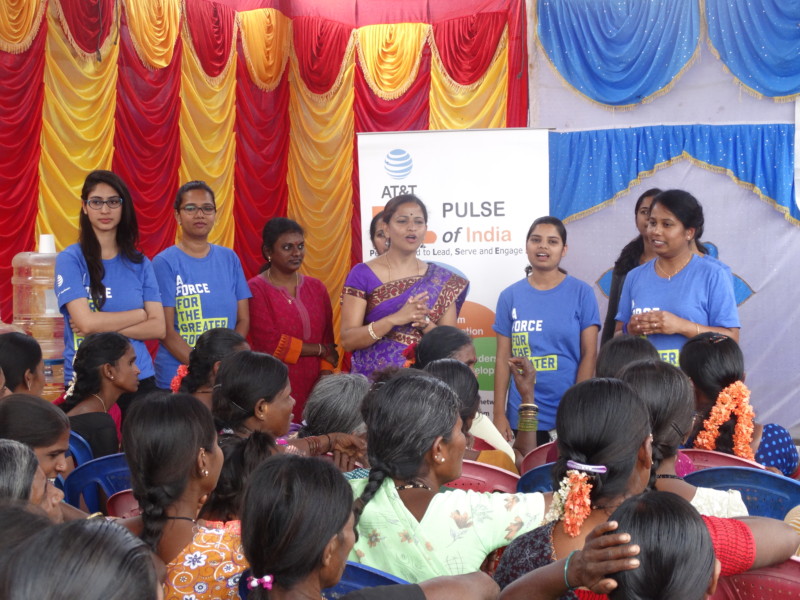 The event was the first of its kind for the group, which wanted to give back to honor International Women’s Day. The employees partnered with the Mitra Foundation, a nonprofit rural development farm working to meet basic needs for women and children. They spent the day serving underprivileged women and their children, playing games, talking about personal health and the importance of education and opportunities for women.

“It was a memorable day for me,” said Usha who works with Global Delivery & Assurance team, “The ladies shared their stories and how important this was for their children – particularly girls.”

Topics like women’s health are typically taboo in India, said Kavitha, HR Business Partner and PULSE of India’s President. She noted the employees’ attitude was crucial to the day’s success.

“The key is teamwork and friendliness,” Kavitha said. “Everybody plays an important role by talking freely. When we approach the women by showing we care and talking freely, they open up and start sharing with us. This was the first time they’ve seen such a large group from a city come to help. It was nothing to do with getting something out of it. It was about us coming to share what we have with no expectations but to spend time with them.”

Kavitha and her team gave the women new saris—traditional Indian dresses—donated by employees of AT&T, Bangalore. They also served a healthy lunch for everyone at the farm. 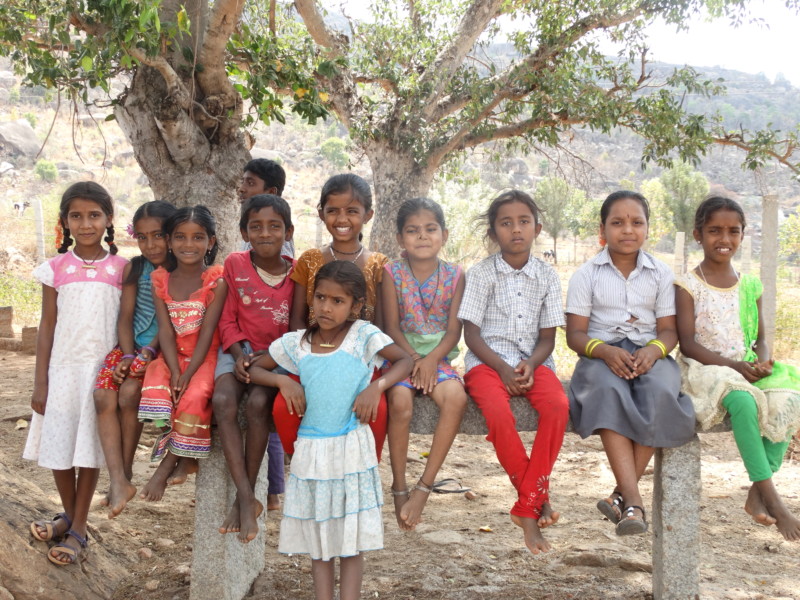 “This is TRUE collaboration. A culture we are trying to build here at AT&T,” Kavitha said. “There is a lot more than showing up and doing your regular job. We can’t be disconnected. We must have a way to collaborate through community and give back to society. That a chord around the world.”

PULSE plans to continue serving and promoting people in need. Their next step: volunteering to support with teaching the women at Mitra trade skills – like basket weaving – for the months when they’re not work​​​​​​​​​​ing on the farm.

“I’m grateful for the opportunity,” said Arpan, another member of AT&T’s International LDP program. “I feel we have been able to make a small but very meaningful difference. We hear so much about feminism and equal rights for women around the world. I believe the biggest beneficiaries should be rural women. They need it most. The fact that we’ve been able to help them is something we can be proud of. We need to build awareness of the kinds of opportunities that are available.”

“Personally, the thing I learned is it’s about finding time and how much you’re willing to do,” she said. “If all of us are willing to do it, this is going to be a great world and a great place to be.”

Sensex gains over 1,300pts, despite FIIs selling of over Rs 4K cr