Bengaluru– Incubators and accelerators in tier-2 and tier-3 (secondary) cities across India are spawning more technology start-ups than ever before, said the IT industry apex body Nasscom on Tuesday.

“Secondary cities are emerging as new hubs for start-ups across the country as they are driven by growing number of incubators and accelerators,” said a joint survey report Nasscom prepared with the city-based management and strategic consulting firm Zinnov.

About 40 per cent (76) of the total 190 active business incubators and accelerators are located in secondary cities such as Ahmedabad, Pune, Jaipur, Lucknow and Chandigarh, it said.

“Traditionally, many tier-2 and tier-3 cities of India have been educational hubs, which makes them ideal and plausible destinations for start-up incubators and accelerators,” the report said.

Out of the 190 business incubators and accelerators in India, 90 are academic, while the rest are government-supported or private-run.

India has witnessed a “phenomenal” progress of technology start-ups in the last decade, the study noted.

Start-ups in the country have also been working on India-centric grass root level problems, the study added.

Over 325 start-ups in the country are currently working on solving the challenges in the fields of healthcare, education inclusion, financial inclusion, clean energy and agriculture. (IANS) 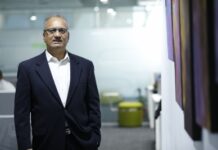 China says boycott of its goods will hurt Indian consumers

India got 72 percent H1B visas this year, says US official