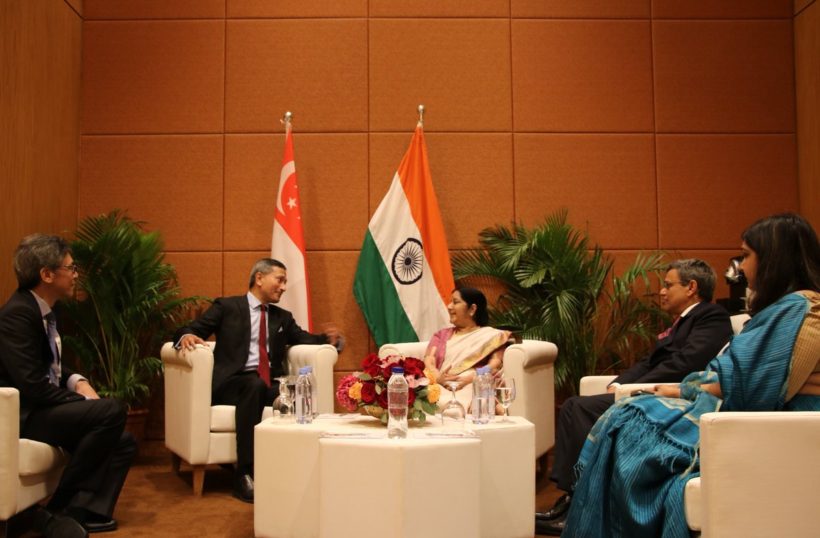 Singapore–India on Sunday reiterated that the leadership and centrality of the southeast Asian region is essential for the peace and prosperity of the Indo-Pacific region.

“Asean has reached the golden milestone of 50 years,” External Affairs Minister Sushma Swaraj said during her opening address at the Association of Southeast Asian Nations (Asean)-India Pravasi Bharatiya Divas, a gathering of the Indian diaspora of this region, here.

Stating that India is 70 years old and the 10-nation Asean 50, Sushma Swaraj said that that the regional bloc was formed when “southeast Asia was a global faultline, a theatre of a brutal war, and a region of uncertain nations” but has now “unified 10 countries to become an economic hub and it has become an anchor of broader regional integration and cooperation”.

“For India, Asean leadership and centrality is essential for peace and prosperity for the rapidly changing Indo-Pacific region.” 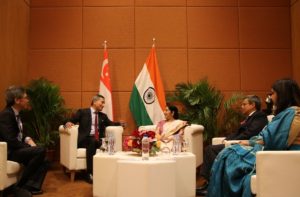 Her remarks come amid China’s belligerence in the South China Sea and growing influence in the Indian Ocean region.

Sushma Swaraj also referred to the fact that the Asean-India Dialogue Partnership that was established in 1992 was elevated to that of a strategic partnership on its 20th anniversary in 2012.

Stating that the Asean, which comprises Brunei, Cambodia, Indonesia, Laos, Malaysia, Myanmar, the Philippines, Singapore, Thailand and Vietnam, is at the heart of New Delhi’s Act East policy, Sushma Swaraj said that with each member, India has growing economic, political and cultural relations while “growing connectivity has reinforced proximity”.

“Today, 16 Indian cities are connected to Singapore,” she said. “A trilateral highway project from India to Thailand is making progress. We plan to expand this further to connect India to other Asean countries.”

She also highlighted the role of northeast India in India-southeast Asia ties in this regard.

Referring to the presence of Assam Chief Minister Sarbananda Sonowal at the event, she said: “It is a symbol of resurgence of India’s Northeast as mentioned. Our Northeast region will prosper when it is better connected to southeast Asia and the Northeast becomes our bridge to southeast Asia.”

Sushma Swaraj said that India’s trade agreements with Asean region “are among the most ambitious with any region”.

“Our partnership in regional institutions, including the East Asia Summit, has advanced peace and stability in the region.”

Stating that the strength of India’s engagement with the Asean region lies in the clarity of the vision both sides share, she said: “We believe that when all nations adhere to international rules and norms, when we conduct relations on the basis of sovereign equality and mutual respect, our nations feel secure and our economies prosper.”

India and Asean have a future full of possibilities and also of enormous responsibilities “as much as this creates synergies for us, from democracy to the dynamism of our economies, from proximity to the talent of our people”, she said, adding while pointing out that Asean is India’s fourth largest trading partner.

She also praised the Indian diaspora of the region for their role in maintaining ties between India and southeast Asia while lauding their contributions for the development of their respective nations.

“We all know your connections with India, the land of your heritage,” she said. “We deeply value your role in nurturing the ties between India and southeast Asia.”

Samsung tops in number of patents filed for self-driving cars