New Delhi– Terming India a major growth market, US-based ride-hailing major Uber on Thursday said it is planning to take its services to other, deeper parts of the country.

Uber currently operates in 31 cities in the country.

“We’re competing here for growth and we look at India as one of the largest — not just the fastest — providers of growth in our global corporate portfolio,” Pradeep Parameswaran, President, Uber India and South Asia, told reporters here.

The cab aggregator is working towards launching a new safety feature called “two way call anonymisation” wherein the users and the drivers would be able to communicate without sharing their numbers.

The company, however, did not give any timeline for the launch of this service.

“We’re starting to see growth not just in tier I markets but also in smaller towns. Look at the growing e-commerce spending and you’d know what I mean,” noted Parameswaran.

Uber said India was the largest pool market in the world and it may launch a multi-modal platform for all users in future, without elaborating further details.

Countries like India, Japan, Australia, Brazil and France were shortlisted by Uber for its flying taxis at the first “Uber Elevate Asia Pacific Expo” held in Tokyo in August.

“Mumbai, Delhi and Bengaluru are some of the most congested cities in the world, where travelling even a few kilometers can take over an hour. Uber Air offers tremendous potential to help create a transportation option that goes over congestion, instead of adding to it,” the company had said.

Uber restarted its auto rickshaw services in India in January 2018. The company also launched “Safety Toolkit” in India in August, shortly after introducing it first in the US.

“Safety Toolkit” offers a comprehensive set of features in the app for riders. Launched in the US in May, the design and features have been determined largely based on feedback from thousands of riders.

Notably, India was the first market where Uber launched the emergency button, which is now part of the “Safety Toolkit” in the app. (IANS) 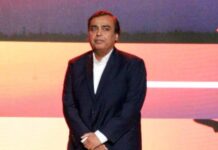 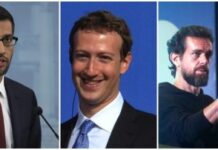