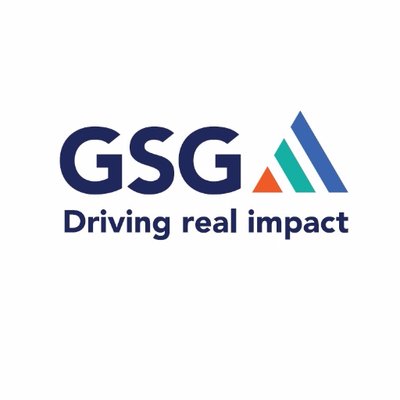 The Global Steering Group for Impact Investments (GSG) launched a billion-dollar India Impact Fund at a summit held in Delhi last week. The fund will focus on providing debt capital to social enterprises in development sectors like finance, health, education and renewable energy.

By channelling private debt capital to these sectors, the fund will play an important role in increasing the pool of resources for solving social issues.

Such socially-conscious investments which not only target a financial return but also social change is called impact investing. GSG, an independent global body based out of the UK, works on promoting such impact investments.

The fund is a unique initiative in two respects. It aims to drive social change by attracting private capital to sectors where the predominant source of funding is through government budgetary resources. Also, it is focused on making debt investments rather than equity investments at a time when most of the $5.2 billion of impact investments made in India over the last six years have exclusively focused on equity.

Rather than directly providing debt capital to social enterprises, the fund will set itself up as a debt wholesaler by either establishing a Non-Banking Financial Company (NBFC) which will then lend to social enterprises or investing in other debt impact funds. This structure will enable the fund to attract a larger sum of capital in the debt impact space through leverage and multiplier effect.

The NBFC can, for example, leverage through market borrowings on the capital provided by the fund. Similarly, investment by India Impact Fund in other local debt impact funds can crowd-in further investments from other investors.

GSG, in its study on such structures across the world, estimates that multiplier effect of a debt wholesaler can be as high as two. Thus, for every dollar the India Impact Fund invests, it can catalyse another dollar of debt investment from other investors.

The equity focus of impact investments till date is not surprising due to two reasons. First, providing debt to social enterprises in the absence of developing tailor-made evaluation criterion for them could be risky and very few institutions have invested in developing such criteria.

Secondly, in the absence of own evaluating criteria, investors rely on external credit ratings and most social enterprises are either unrated or get very low credit rating. The low ratings of social enterprises may not necessarily be because they carry higher credit risk. It is mostly due to the fact that they have unique and thus less understood business models.

Also, they mostly operate in sectors where the traditional route for carrying out social change is through charity and hence there is a tendency to look at social enterprises as non-viable. Doubts on whether social enterprises can borrow and repay are further reinforced as most of them are start-ups or have low vintage.

Starting small, several microfinance institutions today are listed at the stock exchange. There are several such examples in other sectors.

A debt wholesaler who understands the nuances behind social enterprises can develop tailor-made underwriting standards for evaluating social enterprises and provide them debt capital. The India Impact Fund, as an initiative of the impact community, can invest in developing expertise around evaluation of social enterprises in different sectors – health, education, climate, access to finance, and other impact areas.

With the backing of large domestic and international impact investors, it can emerge as the pre-eminent impact debt wholesaler in India. The fund can also play an important role in developing India’s debt capital markets.

The outstanding value of corporate bonds in India is 1.6 per cent of GDP — the comparable number for the US is nearly 20 per cent . Close to 85 per cent of the bond issuances in India carry a rating of AAA or AA, leaving a large number of institutions with low ratings out of the debt market.

Thus, not only do we have a small debt capital market, the market is also lop-sided towards large and high rated institutions. By encouraging low rated enterprises to issue debt, the fund will not only increase the size of the debt markets but also widen its penetration to lower rated bonds.

The India Impact Fund comes at an opportune time. Impact investments in India have gained critical mass over the years and is poised to grow rapidly. The growing importance of India in the impact investment landscape is highlighted by the fact that the GSG held its Impact Summit 2018 in Delhi. (IANS)