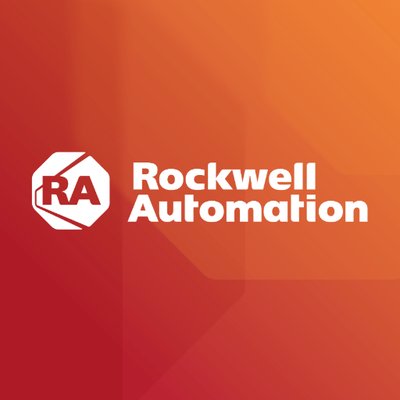 Philadelphia– Rockwell Automation will aim to double design engineers at its Bengaluru centre in the next few years, in order to meet global demand for better designed products, according to a top official of the largest global provider of industrial automation.

John Watts, Regional Marketing Director, Asia Pacific at Rockwell, told a small group of visiting Indian journalists here that the country was the second-most important one in the region after China in growth prospects.

The company’s design centre in Bengaluru, with about 600 people, was set to double in strength in the next five years as demand for product design, global certification and life-cycle design is growing, informed Watts.

He said the Rockwell design operations group looks at what products need to be brought to market for the future and then assigns the work to engineers who come up with innovations and robust designs as products are typically expected to last 25 to 30 years on the factory floor.

Malwaukee, US-based Rockwell, with a turnover of $6.7 billion and 23,000 employees, is the largest company in the world dealing in industrial automation.

Responding to quality of the workforce, Watts said India had great engineering talent and he had read somewhere that a jumbo jet load of engineers land in the Silicon Valley of the US every day from India.

However, sometimes when consultants come in to decide which product would be developed, it often ended up in a “vicious cycle” of discussion, which sometimes holds up innovation, he added.

Talking about the changes in the life science industry, including pharmaceuticals, Chandramouli K.L., Manager-Technology and Strategic Alliance at Rockwell Automation India, said that many of the products that one hears about lately may have been designed in India, from its offices in Delhi-NCR.

He said that in India, the ratio of early adoption of technology as compared to life-cycle stage would be “fifty-fifty”.

Chandramouli informed that he had seen some of the fastest adoption of technology happening in India since many companies also set up offices and factories outside — in Malaysia or in the US — and are keen to adopt the latest technology.

Much of the latest automation happens to be in bio-processing products, he added.

According to Patrick Powers, Head of Government Affairs in APAC for Rockwell, it was in every company’s interest to use proven systems as “each of them in India wants to be a global brand”.

The officials, however, were reluctant to provide any financial numbers about India, including the market share, saying it was against their company policy to give out such numbers, but Watts said that their aim was to grow “1x or 2x” of the market size at present.

Watts said that although small and medium companies in India were unable to adopt automation across the board because of small plants and not-so-significant revenues, the equipment manufacturers were at the cutting edge, providing high-quality equipment to companies around the world.

“They always want the latest automation and latest information solution as they work globally,” he noted.

According to him, the mining industry was one of the major focus areas for Rockwell and the industry is moving to adopt automation in a major way worldwide.

He spoke about companies in Australia setting up remote units to monitor and control mining activities as it was expensive to fly managers to distantly located mines.

This, though, was not the case in India where mines were generally located relatively near population centres.

According to Chandramouli, some of the private miners had become adept at using the latest technologies, and there were recent examples where they had adopted the best mining practices from South Africa.

Watts said that in India, mine companies were “getting there” in using automation and the safety aspect of mining was also being look at since Rockwell products could help them “work away from dangerous areas in mines and make dangerous areas less dangerous.”

Mentioning that the rising middle class in India meant that demand for consumer products — and the technology related to manufacturing such products – was growing, Watts said that growth was also seen in other verticals like automotive sector, life sciences and oil and gas.

He said that completion in India was “tough” as there was insistence on looking at upfront costs rather than efficiency of life-cycle costs, which was Rockwell’s particular expertise.

“But we are not holding back. We know how to deal with it and are holding our own in the industry,” Watts emphasized. (IANS)

$5 billion Railway of India Development Fund to be launched: Minister