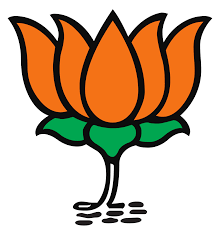 Mumbai–A general perception runs that the Bharatiya Janata Party (BJP) is more pro-market and pro-industry compared to the any other national political party, making it investor-friendly both in and out of the equity markets. Data, however, seems to suggest otherwise.

Over the last five years, after the National Democratic Alliance led by the BJP came to power, the S&P BSE Sensex has risen 46.3 per cent, compared to 171 per cent rise in the 10 years of the United Progressive Alliance (UPA).

A look at historical data also casts a shadow on the market’s tilt towards the BJP. Data from market observers shows that during the Vajpayee led-NDA government (1999-2004) the Sensex grew by just 1.8 per cent.

The most significant growth rate was witnessed during the Narasimha Rao-led government, a growth of 188.2 per cent, followed by the 178.8 per cent rise during the Rajiv Gandhi led Congress government (1984-89).

Another trend noticed in the equity market over the years is that the markets decline ahead of the elections on concerns of the poll results. However, this time, the markets have so far stayed afloat and have not declined even as the General Elections are due in the next couple of months.

“In the current elections, markets have so far not fallen and are close to their all time highs. This is despite the fact that Nifty earnings have not risen much in the last four years while Nifty has risen 35-40 per cent,” said Deepak Jasani, Head of Retail Research at HDFC Securities. This shows that while corporate earnings have remained subdued, investor sentiment has remained positive on account of other factors.

However, analysts say, concerns over a weak coalition government remain which could impact the markets in the days ahead. The likelihood of a unstable coalition at the Centre could roil the markets.

Jasani said: “There are worries about whether any combination (whether the ruling one or the opposition) will gain majority in the Lok Sabha. Globally there are slowdown fears and trade tiffs. These may also impact earnings in India.”

“We may see some rise post the date of polling (in anticipation of the outcome), but for that rise and the rise post the results, our markets need to correct first.”

Hopes of stable government can also support the markets ahead of the elections.

According to analysts, even with elections round the corner there are several other factors which affect the market cycle — the most prominent being external factors, like the global financial crisis of 2008.

With a weak rupee and volatility in crude oil prices, 2019 is likely to be an eventful year for investors and the equity market.

The rate announced by the US Federal Reserve in January also came as a positive factor for the markets. Even the Reserve Bank of India’s Monetary Policy Committee lowered its policy rates this month which came as a breather for the domestic markets and demand.

The last year, in retrospect, was a very significant year with both the Sensex and the Nifty50 on the National Stock Exchange touching all-time high levels. It was mostly powered by the domestic demand, as the foreign institutional investors (FII) took to selling last year.

People on the Move: Nikhil Srinivasan on PartnersRE Board, Ashok Chawla at YES Bank

China: US can’t decide if a country is manipulating currency

155 Indian cos have over $22 bn investments in US: Report