New Delhi– Twitter, which is growing with a positive trajectory in India, is looking for “a unique leader” who can take the country operations to the next level, the micro-blogging platform said on Friday.

“Twitter India is growing with a positive trajectory, in fact, one of the fastest-growing markets for Twitter in the world.

“While we are on the lookout for a unique leader who can take the team to the next level, Twitter India has an interim country head, Balaji Krish, who is in charge and leading the team forward,” a Twitter spokesperson told IANS.

Reacting to an IANS story on January 29 stating that after Taranjeet Singh quit as Twitter’s Country Director for India in September last year, there is no India head for the last couple of months, the company said Balaji, Twitter’s global head of revenue strategy and operations, took on the role of interim country head in September 2018 and remains in the role today.

“Twitter India has had no further changes to the executive team since Taranjeet’s departure end of last year. In fact, Twitter has bolstered the India team with the recent additions of Akash Batra and Kanika Mittal as part of the revenue management team,” the spokesperson informed.

According to the company, another senior employee Arvinder Gujral moved to take on a regional role as Managing Director for Southeast Asia at Twitter more than 12 months ago and continues in that position.

Anupam Dixit, Twitter’s Industry Head in India, took up a growth opportunity to move to Twitter Singapore as part of his learning and development. (IANS) 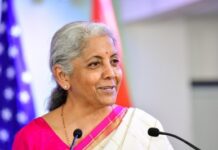 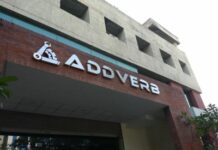