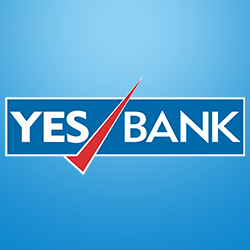 Mumbai– Uday Kotak, the Chairman of Kotak Mahindra Bank, seems to have become the ‘go to man’ for the industry, as the country’s top lender on Tuesday projected him to be the best bet to save the financially challenged Yes Bank.

Earlier, Kotak was roped in to steer the crisis hit IL&FS Group’s reconstituted board.

After an industry event here, Kumar was asked on the likelihood of SBI acquiring the much smaller bank.

His reply is being speculated to be given to avoid taking over other banks, since SBI had earlier merged five smaller state-owned lenders with itself.

The suggestion might seem to be an attempt by SBI to shed any forthcoming responsibility that government might bestow it with, especially given the fact that the state-run lender has recently got funds from Essar Steel’s resolution.

Nonetheless, it is not completely absurd, as some industry insiders say that it makes complete sense for Kotak, who is currently embroiled in an ongoing tussle with RBI over diluting his stake in Kotak Mahindra Bank.

Moreover, such a move might actually be a win-win situation for both Kotak and Yes Bank, industry observers said.

However, the proposal was shot down by the Uday Kotak-led bank, which called it as industry’s opinion and distanced itself from the narrative.

Last week, Yes Bank said that it is willing to “favourably consider the offer of $500 million of Citax Holdings and Citax Investment Group and the final decision regarding allotment will follow in the next board meeting.”

Yes Bank had earlier indicated that it intends to raise up to $1.2 billion by December and, in the process, give the investors a seat on the company’s board.

The bank has also postponed the decision to approve or decline the binding offer of $1.2 billion — 60 per cent of the total capital the bank aims to raise — submitted by mysterious investor Erwin Singh Braich.