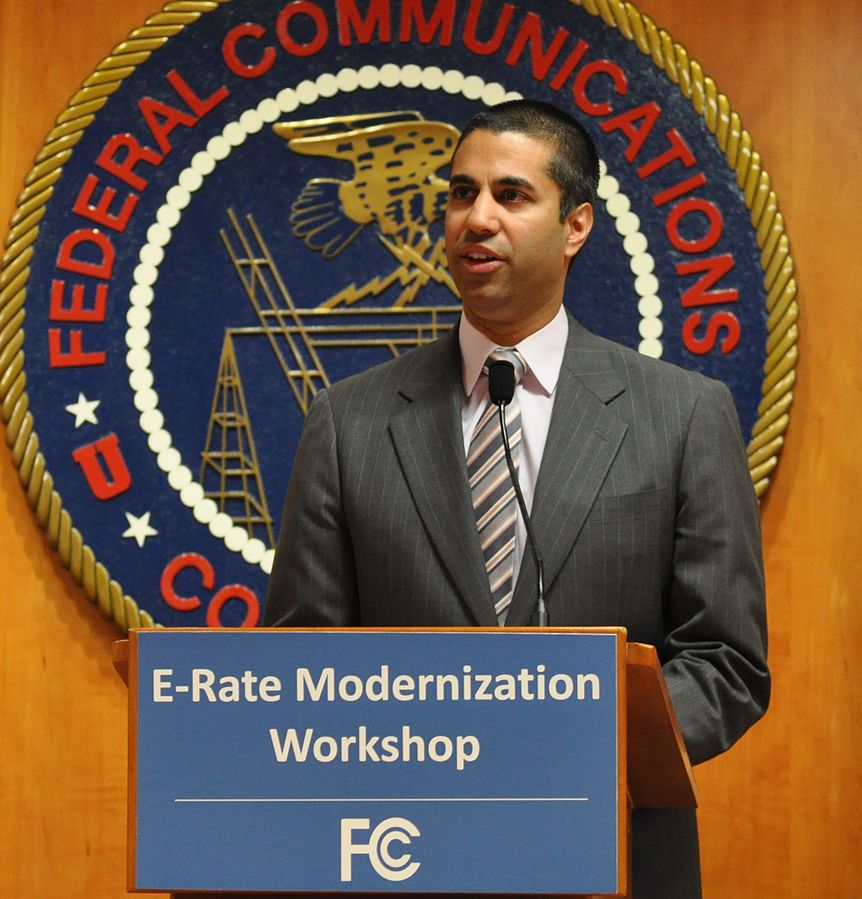 Washington– The Federal Communications Commission (FCC) Chairman Ajit Pai has applauded plans to auction off 100 megahertz (MHz) of mid-band spectrum in the country that will boost the 5G adoption in the US which is lagging behind China and South Korea.

The White House and Department of Defense said that the 3.45-3.55 GHz band (which is the mid-band spectrum) will be made available for next-generation, commercial wireless services.

“I commend the President and Department of Defense for today’s announcement that the 3.45-3.55 GHz band will be made available for commercial 5G deployment. This is a key milestone in securing United States leadership in 5G,” Pai said in a statement on Monday.

The US had dedicated 100 MHz of mid-band spectrum for military purposes to date.

The operators can now use the 5G spectrum in order to enhance the network coverage in the country. The FCC would auction this spectrum to Verizon Communications and AT&T from December 2021.

Mid-band spectrum is seen as vital for 5G, because it offers both geographic coverage and the capacity to transmit large amounts of data.

“Together with the spectrum being made available for 5G in the C-band as well as the 3.5 GHz band, we are now on track to have a 530-megahertz swath of mid-band spectrum available for 5G from 3.45 to 3.98 GHz, Pai informed.

“Opening up this critical block of mid-band spectrum for full power commercial operations will enhance U.S. competitiveness in the 5G ecosystem,” CTIA said in a statement.

The US FCC in July designated Chinese telecom companies Huawei (a leader in 5G technology) and ZTE as national security risks to America’s communications networks.

According to a White House statement, the 100 megahertz of contiguous, coast-to-coast mid-band spectrum will be made available for commercial 5G deployment.

“This spectrum will give Americans access to the greatest 5G networks in the world, leading to cutting-edge innovation, economic prosperity, and strong national security,” said the White House.

The US wireless industry will be able to build and operate 5G networks nationwide using the 3.45-3.55 GHz band.

Pai said that the “FCC looks forward to moving quickly to adopt service rules for the 3.45 GHz band and then hold an auction to bring this prime mid-band spectrum to market”.

In March, Trump issued the ‘National Strategy to Secure 5G’, which outlined his vision for America to lead the development, deployment, and management of secure and reliable 5G communications infrastructure worldwide. (IANS)