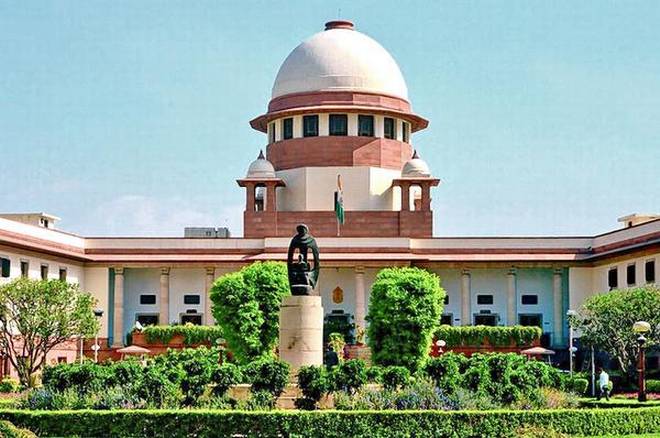 New Delhi– In an interim relief to borrowers, the Supreme Court on Thursday directed banks not to declare loan accounts, which were not under default till August 31, as non-performing assets (NPAs), until further orders.

A bench comprising Justices Ashok Bhushan, R. Subhash Reddy and M.R. Shah said: “At the request of Tushar Mehta, Solicitor General, the matter is adjourned for September 10… Harish Salve, senior advocate, submitted that no account shall become NPA at least for a period of two months. In view of the above, the accounts which were not declared NPA till August 31, shall not be declared NPA till further orders.”

The bench was hearing a batch of pleas challenging the interest on interest on the deferred EMIs during the moratorium.

The top court also considered the aspect of the role of the National Disaster Management Authority (NDMA) under the Disaster Management Act to provide relief in connection with the repayment of loans against the backdrop of a disaster situation such as the ongoing Covid-19 pandemic.

Petitioners have raised the issue of accounts being rendered NPAs after the moratorium period expired, and apprehended that on September 1, the accounts would be declared NPAs. Therefore, in such circumstances, the moratorium limit should be extended, they urged the top court.

The bench noted that the Reserve Bank of India should clarify, if it is the discretion of banks to give relief to borrowers, and also sought clarification on demand of compound interest in the meantime. The bench observed banks grant benefits to borrowers to allow businesses to continue.

The Solicitor General, representing the Finance Ministry and the RBI, submitted before the bench that an expert committee on resolutions is to decide sector-wise relief to ease stress caused by the pandemic.

“Expert committee does not come in way of individual borrowers,” said Mehta, who also cited the August 6 RBI circular which deals with stressed accounts and provides for a resolution plan and restructuring of loans for eligible accounts.

The bench noted that petitioners have claimed the Centre did not exercise powers to mitigate suffering and the court is not an expert body to change decisions taken by financial bodies. “Whether under Disaster Management Act something can be done, needs to be seen,” it said.

The bench said it will not get into whether the measures by the government were correct or not, or how to give relief to various sectors. Mehta contended that the moratorium is not a default period, in fact, it was granted initially for a period of three months and extended till August 31. He informed the bench that from September 1, companies will become NPAs, if they do not pay in 3 months. He insisted that the idea of moratorium was to defer payments in view of the burden created by lockdown, so businesses can manage working capital.

“The idea was not to waive interest,” said Mehta, citing that a one-size-fits-all solution cannot be granted.

The top court will continue to hear the matter on September 10, as many parties involved are yet to argue. (IANS)

Coffee Day shares surge on report of acquisition by Coca-Cola

US chip supplier sets up back office in Bengaluru