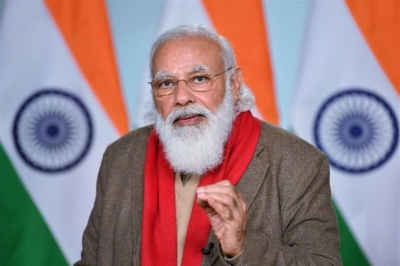 “Out of 815 hectares of land required for the new Kadapa – Bengaluru broad gauge railway line, 163 hectares land has been acquired while the balance is at different stages of acquisition,” explained Das to Modi in a video conference.

The balance 56 hectares are located in Kadapa and Chittoor districts for the new 268-km-long broad gauge railway line.

On Wednesday, the prime minister interacted with the chief secretaries of a few states and asked them to raise awareness level of the masses on generic medicines use.

Modi directed the chief secretaries to make use of rent-less places in PHCs, CHCs and civil hospitals to set up generic medicines facilities.

Das said the state government has achieved impressive results by using generic medicines at Tirupati Sri Venkateshwara Institute of Medical Sciences (SVIMS) and also some board hospitals, even as similar moves will be made in all other hospitals.

He connected with Modi from his camp office in Vijayawada. (IANS)

HCL emerges as a leader in data center outsourcing