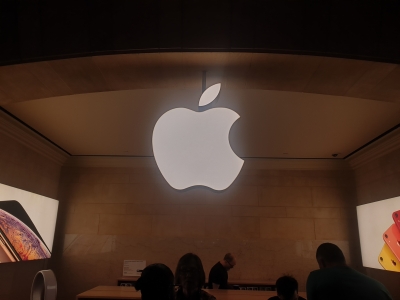 San Francisco– Tech giant Apple appears to be expanding on the native Apple Maps review functionality that it first introduced in iOS 14, allowing users in the US the option to review places of interest, restaurants and other locations.

In the Apple Maps app in iOS 14 and iOS 15, US users can now see an option to provide a thumbs up or thumbs down for most locations, reports MacRumors.

Tapping on the thumbs up/down icon brings up a secondary interface for providing thumbs up and thumbs down ratings for various categories like products, customer service, food, atmosphere, and more, based on the location being reviewed.

Users also have the option to upload photos of the location to the Apple Maps app to be added to the maps listing.

At the current time, the Apple Maps native rating system is displayed alongside the Yelp ratings that are provided for various locations.

The company may eventually be planning to replace Yelp and TripAdvisor integrations, but will need to build up a database of ratings before that will be possible, the report said.

There are no options for written reviews at this time, however, so it is not clear if Apple plans to entirely replace Yelp, it added.

Native rating options in the Apple Maps app appear to be new for users in the US, but Apple has been testing the feature in other countries like the UK and Australia for some time now.

Ratings may also be available in additional countries based on the Ratings and Photos Terms legal site for Maps that was shared on Reddit, the report said. (IANS)