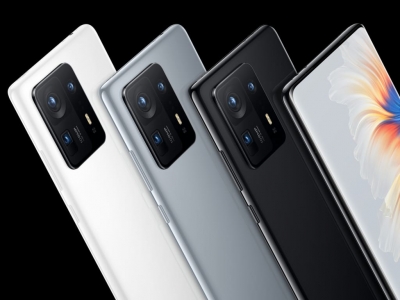 New Delhi– Xiaomi is reportedly dropping the ‘Mi’ branding from its products and it is said to simply use ‘Xiaomi’ in the future, the media reported.

The move was reportedly signalled by the recent launch of the company’s new product, the Xiaomi Mix 4.

The Xiaomi Mix 4 was launched in China earlier this month, but it does not carry the ‘Mi’ branding.

In a statement to XDADevelopers, Xiaomi revealed that the move is already in motion. The company claimed that it has ditched the Mi branding in a vital move that will see its future devices launch without its synonymous branding.

Currently, it is unclear if the new change will come into effect in the Indian market or not.

“Starting in 2021 Q3, Xiaomi’s product series ‘Mi’ will be renamed to ‘Xiaomi,'” the spokesperson was quoted as saying. “This change will unify our global brand presence and close the perception gap between the brand and its products. This change may take some time to take effect in all regions.”

The first Mi-branded smartphone, the Xiaomi Mi 1, was launched in August 2011, which makes the brand almost 10 years old.

Over the years, the company launched tablets, TVs, smart devices, audio accessories, and more under the Mi brand.

Earlier this month, Xiaomi for the first time has surpassed Samsung and Apple to become the number one smartphone brand in the world in June, a Counterpoint Research report showed on Thursday.

Xiaomi’s sales grew 26 per cent (month-on-month) in June, making it the fastest-growing brand for the month.

Xiaomi was also the number two brand globally for Q2 2021 in terms of sales, and cumulatively, has sold close to 800 million smartphones since its inception in 2011, according to Counterpoint Research’s ‘Monthly Market Pulse Service’. (IANS)