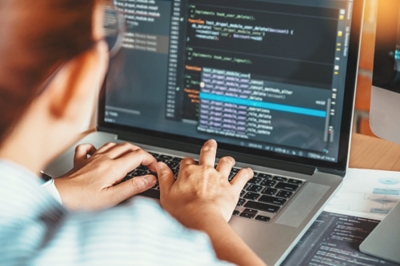 Bengaluru– The Covid crisis has unleashed disasters for countries across the globe. However, for the IT professionals in the country, it has emerged as a boon.

The huge capital inflows have enabled large, as well as startup IT firms to launch all-out attempts to acquire a talent pool. Not only this, IT companies are vying with each other in giving offers to this skilled pool.

Taking note of the situation experts opine, on an informal note, that rules have been made on minimum wages in the interest of an employee. Going by the recent trends in the IT industry though the government must be putting caps on maximum wages to protect employers.

Startups are making generous, creative offers to attract the talent, while reputed companies are expanding hiring programmes and taking up compensation review.

BharatPe CEO & Co-founder Ashneer Grover has announced hiring of 100 persons to the tech team for the ICC T20 World Cup scheduled to be held in Dubai between October 17 and November 14.

Another reputed company has resumed its plan of giving Benz cars to its coveted employees. The company has already given 50 plus Benz cars in 2013 to employees, sources in the IT industry explain.

However, Yashu Ved, a senior techie with a prominent company says, these offers are not a new phenomenon. Joining bonus up to Rs 6 lakh is common in the IT industry. “If a professional gets Rs 6 lakh as retaining bonus, he will have to pay around Rs 1 lakh as tax. If it is given in the form of a bike or gadget, there will be no tax deductions, he adds. “The companies are pursuing the right candidates aggressively,” he says.

The demand for technical professionals’ has gone skywards in the industry as startups have started paying almost two times higher than what larger companies are offering. The development has reversed the trend in the IT industry. The software professionals who once only focused on large companies are now keen on joining startups.

Talking to IANS, Subramanyam S, Founder, President and CEO of AscentHR explained, there is huge flow of capital into the IT ecosystem. Startups which do not have to really demonstrate profits and revenue and profitability, have started throwing in more money towards candidates. Since they want resources on board and show certain efforts towards building concepts, good market strategy, the amount of money being thrown at the startups in terms of salary cost has become stupendous, which is going to hurt the larger industry, he points out.

“The capital inflow is coming which is not going to stop for the next 5 or 10 years, ecosystem for starters is going to be a killer in India. The startups are suddenly throwing higher costs than larger industries are doing. Earlier, people were not joining startups because they were not comfortable and secure. Today, start-up ecosystems have become very attractive for talented people. They pay 1.75 to 2 times what larger industries are paying,” Subramanyam notes.

Covid drew up the IT curve in the industry on how processes can be managed even when there is a calamity of not being able to put all workforces together, he adds.

“We are seeing an upward trend in the industry. Secondly, there has not been a great amount of skills that have come out of colleges and universities for the past two years which we call as two cycles. Lack of availability of these two cycles has suddenly pushed the cost of recruitment itself very high and people with 5 years of experience have suddenly become very important,” Subramanyam notes.

Tech jobs have seen a steady uptick as the reliance on tech solutions across businesses and extension of the ‘remote work’ continue. Our India Hiring Tracker revealed that IT was one of the top sectors to drive hiring activity in the previous quarter, says Sashi Kumar, Head of Sales, Indeed India.

“Other roles in the tech help category such as sap consultant, database administrator, systems administrator, technical support, and support engineer also saw a 5 per cent increase in the same period. We believe the transition of digitization and ‘virtual’ operations will continue to create strong demand for tech-related jobs across sectors.” says Sashi Kumar.

In Covid scenario, the accountability quotient of an individual becomes very important. That suddenly puts an onus on the employer to hire people who are trained, who can independently handle and who are accountable. Suddenly you have a set of persons who are really critical for the organization. That is the challenge. That, coupled with the non -availability of resources for about 2 cycles has hurt cost for the industry, Subramanyam of AscentHR says.

For a guy in search of employment, multiple options available and multiple choices give him the ability to choose. The candidate will take one offer which is already a 30 per cent hike and demand a 10 per cent extra. Then he gets a 40 per cent hike. By then he is relieved, if he gets the third company he can tell him he would join in 2 days and get a 10 per cent premium, Subramanyam says.

Offer drops are going very high, almost at 40 per cent, a very high level, which is not an acceptable phenomenon, Subramanyam elaborates.

Talent market is comparative right now. On the engineering side and technical side there is tough competition to attract the right candidates, says Rahul Raj, Founder & CEO, Flobiz, a Bengaluru based SMB digitization start up.

“If you are looking at quality engineers, we are already seeing a crunch. Because of the crunch, the expectation is getting higher. They are looking for flexible work, CTC and technology stack. The companies which are going to provide quality work with all this are able to rope in candidates.

“As for the non technical part of it, there is a massive talent pool and there is no crunch. On the engineering side and technical side there is tough competition to attract the talent.

“Large companies can afford, able to attract talent as they are able to provide a better work environment, better perks, they will also be able to offer a brand and job security, stability. Funding is coming in for start ups and for their sustained growth they will also try to rope in talented folks.

“Engineering talent is at a position of advantage. So, anybody who is actively looking for jobs will have multiple options, anybody who is not active will still get inbound requests to multiple companies. As companies are trying to get the best of the candidates, they are also trying to get the best offer, there is nothing wrong in it,” Rahul says.

“Employee’s well-being is of paramount importance to us and we have had multiple interventions in this regard including facilitating vaccination for them and dependents. We rolled out several intense employee engagement initiatives including career accelerating opportunities, compensation reviews and learning and development interventions. As the demand for digital talent explodes, rising attrition in the industry poses a near-term challenge. We plan to meet this demand by expanding our hiring programme of college graduates for the financial year 2022 to 35,000 globally,” Pravin Rao, Chief Operating Officer, Infosys says.

Global govt IT spending to hit $589 bn next year