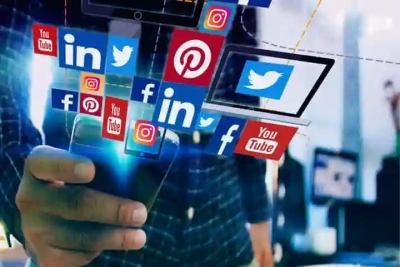 New York– Political biases stem from the social interactions of our accounts — we receive content closely aligned with whatever our online friends produce, especially our very first online friends, finds a study.

The study, led by a team at US’ Indiana University, argues that online social media platforms such as Twitter may not be promoting or intentionally favouring and amplifying liberal content and users while suppressing other political content.

“Our main finding is that the information Twitter users see in their news feed depends on the political leaning of their earliest connections,” said Filippo Menczer, from the Observatory on Social Media (OSoMe) at IU Bloomington.

“We found no evidence of intentional interference by the platform. Instead, bias can be explained by the use, and abuse, of the platform by its users,” Menczer added. The study is published online in the journal Nature Communications.

To uncover biases in online news and information to which people are exposed on Twitter, the team deployed 15 bots, called “drifters” to distinguish their neutral behaviour from other types of social bots on Twitter. The drifters mimicked human users but were controlled by algorithms that activated them randomly to perform actions.

After initialising each bot with one first friend from a popular news source aligned with the left, centre-left, centre, centre-right, or right of the US political spectrum, the researchers let the drifters loose “in the wild” on Twitter.

The team collected data on the drifters daily. After five months, they examined the content consumed and generated by the drifters, analysing the political alignment of the bots’ friends and followers and their exposure to information from low-credibility news and information sources.

They revealed that the political alignment of an initial friend on social media has a major impact on the structure of a user’s social network and their exposure to low-credibility sources.

“Early choices about which sources to follow impact the experiences of social media users,” Menczer said.

“We hope this study increases awareness among social media users about the implicit biases of their online connections and their vulnerabilities to being exposed to selective information, or worse, such as influence campaigns, manipulation, misinformation, and polarization,” said Diogo Pacheco, from IU Bloomington. (IANS)

Jaitley to leave for 5-day official visit to Britain