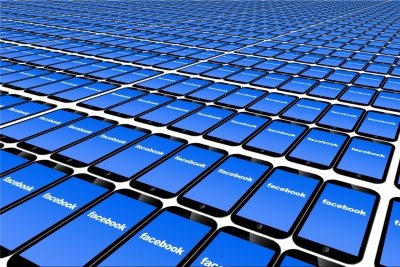 New Delhi– As the UN climate conference (COP26) aims to find “the world’s last best chance” to curb greenhouse gas emissions, 10 publishers including Breitbart, Russia Today, and Media Research Center are responsible for spreading most climate change misinformation on Facebook, according to a new report by UK-based Center for Countering Digital Hate (CCDH).

The 10 fringe publishers, titled ‘The Toxic Ten,’ are fuelling 69 per cent of digital climate change denial content on Facebook.

The science is undeniable and human activity is warming our planet at an ever-accelerating rate and leading to catastrophic climate change, it said.

“Yet, 10 publishers — ‘The Toxic Ten’ — are spreading baseless, unscientific climate denial on their own websites and across social media,” the CCDH said in a statement.

“It’s a climate denial propaganda machine funded in part by Google via ad revenue, and spread across the world via social media, in particular Facebook, who allow them to pay to promote their denial,” the Center added.

“The 700,000 interactions this report says were on climate denial represent 0.3 percent of the over 200 million interactions on English public climate change content from Pages and public groups over the same time period,” according to a Meta spokesperson, Engadget reported.

In an interview with The Washington Post, Imran Ahmed, the chief executive of the CCDH, said the organisation looked at nearly 7,000 articles published between October 2020 and October 2021.

He called the sample “robust” and said there was enough data “to derive representative finds of trends.”

The CCDH report claimed that eight of the companies in ‘The Toxic Ten’ made $5.3 million in Google ad revenue over the last six months.

“We are calling on Facebook and Google to stop promoting and funding climate denial, start labelling it as misinformation, and stop giving the advantages of their enormous platforms to lies and misinformation,” the Center emphasised.

More than 100 heads of state and government are deliberating at COP26 and over the coming days, negotiators will continue working towards a formal outcome on November 12.

In March this year, another CCDH report had found that as much as 73 percent of vaccine misinformation on Facebook can be linked to only 12 individuals, dubbed as the “disinformation dozen”. (IANS)

India set to consume $80 billion worth of mobile phone components