The trend usually sets in the winter months when rising air pollution levels trigger the formation of smog over north India, especially Delhi-NCR.

The phenomenon of smog occurs as a consequence of stubble burning, vehicular air pollution and smoke emitted by burning of firecrackers.

It is further aggravated by meteorological activity during this period.

As a result, the outbound thrust of residents of these areas to beach-side cities and greener places gives rise to this travel trend.

“Apart from trips to hometowns, we are also witnessing a trend of ‘escape’ tourism in metros like Delhi, where increasing pollution levels have tourists flocking to destinations like Goa in search of fresh air,” said Aloke Bajpai, Group CEO & Co-Founder, ixigo.

“We have seen an increase of 55-60 per cent in search queries for beach destinations like Goa and Andaman for travel in the first week of November,” he added.

According to Rikant Pittie, Co-Founder, EaseMyTrip: “A new trend has been emerging where people are escaping from their residence cities when these cities face natural or man-made calamities or concerns like air pollution.

“The escape tourism is extended till the concerns are at a stabilised level. These escapes are not necessarily far away destinations.”

Pittie also pointed out the increase in the number of queries for short trips to cities such as Jaipur, Shimla, Agra, Bengaluru and Nainital.

A Yatra.com Spokesperson said: “The deteriorating air quality and seasonal smog phenomenon, especially in Delhi, has affected both hotel and flight bookings.

“Due to the falling AQI levels, travellers have cut short their trips to the capital and native residents are choosing to travel to various other destinations such as Jaipur, Shimla, Nainital, Goa etc. We have received over 25-30 per cent increase in booking enquires for travel to hill stations and beach destinations.” (IANS) 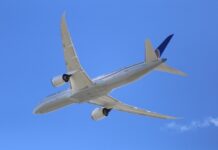