New Delhi– Twitter Founder Jack Dorsey has emphasised that big venture capital firms, and not users, actually own the Web 3.0 movement, saying that these are funds “determined to be a media empire that can’t be ignored… not Gandhi”.

Web3, also known as Web 3.0, is an idea for a new Internet that incorporates decentralisation based on Blockchain.

In a series of tweets, Dorsey who has quit Twitter to focus on his financial services company Block (earlier Square) said: “You don’t own web3. The VCs and their LPs (limited partners) do. It will never escape their incentives. It’s ultimately a centralised entity with a different label. Know what you’re getting into.”

“You’re a fund determined to be a media empire that can’t be ignored… not Gandhi,” he further posted.

One of the big VC firms Andreessen Horowitz has invested more than $3 billion in several dozen crypto companies.

“The VCs are the problem, not the people,” Dorsey continued.

On another tweet by Tesla CEO Elon Musk, saying “Has anyone seen web3? I can’t find it,” Dorsey reacted: “It’s somewhere between a and z,” indicating the name of VC firm Andreessen Horowitz.

Web 1.0 and Web 2.0 refer to eras in the history of the Internet as it evolved through various technologies and formats.

Web 1.0 refers roughly to the period from 1991 to 2004, where most websites were static web pages, and the vast majority of users were consumers, not producers, of content.

Web 2.0 is based around the idea of “the web as platform”, and centres on user-created content uploaded to social-networking services, blogs and wikis, among other services.

Web 3.0 was coined in 2014 by Ethereum co-founder Gavin Wood, and the idea gained interest in 2021 from cryptocurrency enthusiasts, large technology companies, and venture capital firms. (IANS) 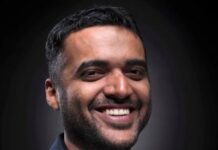 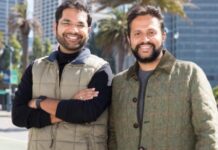 Renewables sector set to get $7.8 trillion investment by 2040: Report

No assessment made on impact of Walmart-Flipkart deal: Minister