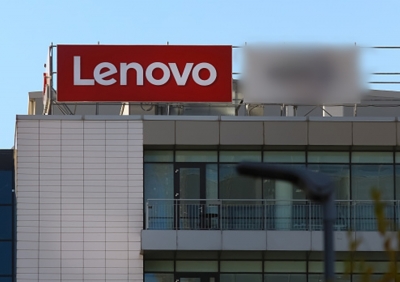 New Delhi– Lenovo’s worldwide PC shipments fell nearly 12 per cent in the fourth quarter (Q4) of 2021, the first period of year-over-year decline since the first quarter of 2020. Still, with a 24.6 per cent market share, Lenovo remained the top vendor in the global PC market, according to a Gartner report.

The decline was due to the slowed US market, weak Chromebook demand and supply chain issues, which impeded Lenovo’s ability to supply PCs to enterprise customers.

These factors also contributed to HP’s 4 per cent year-over-year decline. However, HP’s decline was tempered by robust growth in the Asia-Pacific market.

HP with 21.1 per cent share was second, followed by Dell with 19.5 per cent global market share in Q4.

This is the first year-over-year decline following six consecutive quarters of growth. For the year, PC shipments reached 339.8 million units in 2021, a 9.9 per cent increase from 2020, said the report.

“A sharp decline in the US PC market, caused by ongoing supply chain issues and the collapse in demand for Chromebooks, drove this quarter’s slowdown,” said Mikako Kitagawa, research director at Gartner. “This likely signifies the end of the massive and unexpected growth in PC demand triggered by the pandemic.

The top three vendors in the worldwide PC market remained unchanged in the fourth quarter of 2021.

“The pandemic significantly changed business and consumer PC user behaviour, as people had to adopt to new ways of working and living,” said Kitagawa. (IANS)

Investors can be convinced of future returns from green investments: Singhi